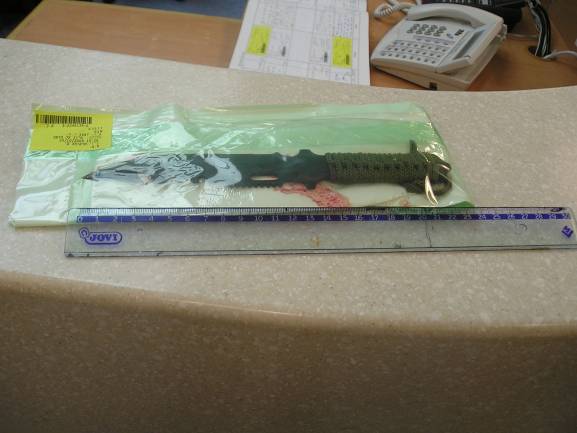 A young soldier was injured at a road block in northern Jerusalem when a terrorist stabbed him in the neck with a knife.  When he arrived at Hadassah Hospital-Ein Kerem’s trauma unit, the knife was still in place since removal needs to be done in a hospital to prevent further damage.

When an x-ray revealed that no major blood vessel was affected, Hadassah’s Dr. Mahmud Abu-Ghazallah gently pulled the knife out.