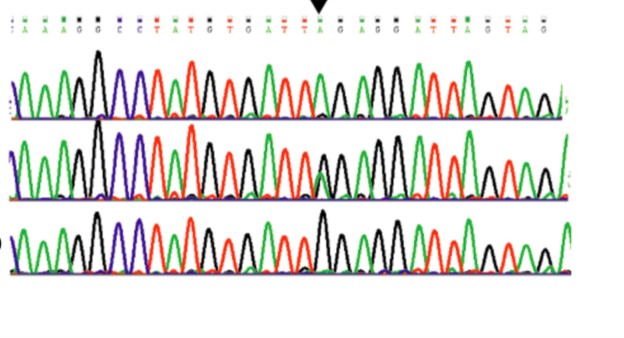 The Hadassah Medical Center, using the powerful research tool of advanced gene sequencing, has identified a gene mutation that 3 of a couple’s 12 children shared, which caused them to have an intellectual disability, short stature, seizures, and disturbed glucose metabolism. Now the other healthy children are able to be tested to see if they carry the mutation and to plan their futures.

In keeping with their religious beliefs, the parents, who immigrated to Israel from Uzbekistan, had previously been reluctant to have any genetic testing done, to prevent childbirth or to use in vitro fertilization to pre-select genes. They have come to realize, however, the value of the available information as their healthy children reach marriage age.

The advanced gene sequencing process, called “whole exome sequencing (WES),” was performed by Prof. Orly Elpeleg, head of Hadassah’s Department of Genetic and Metabolic Diseases, along with her team in the molecular genetics laboratory. WES is a “futuristic technology” that looks at a person’s genes to find variations in the coding region called “exons,” explains Hadassah Pediatric Endocrinologist Dr. David Gillis. Thanks to this tool, potential marriage partners can now be screened through a blood test to make sure they are not carriers. “This opens up the possibility of marriage for this family and enables the healthy members of the family to overcome the serious stigma of an unknown affliction,” he notes.

In this family situation, the husband and wife are not cousins, as is frequently the case with illnesses of recessive inheritance that requires the presence of the same rare mutation in both parents for the disease to become apparent; however, the Jews of their community were isolated. “We’re talking about genetics that go back 1500 years,” says Dr. Gillis. “Because of their isolation and marriage only within the community,” he explains, “these Jews are almost definitely related.”

In examining the genetic profile of this family, Hadassah’s specialists found a missense mutation–a change in DNA that alters the translation of DNA to messenger RNA, so that the polypeptide chain becomes a protein whose function is greatly reduced. The resulting syndrome is microcephaly (abnormally small head circumference), short stature, intellectual disability, seizure disorder, and extremely low blood glucose levels–findings that were common to all three affected children. “Our clinical observations are consistent with the notion that the seizure disorder and intellectual disability are secondary to mutant gene expression in neuronal tissue, and not secondary to the low blood glucose,” Dr. Gillis notes. “Further study of the functional effect of this mutation adding proof of its meaning in the syndrome was performed by Dr. Jane Jackman and her team at Ohio State University. Also, about a month before Hadassah reported this mutation, another research team revealed a different mutation in the same gene within a non-Jewish family of three adolescents and young adults. These individuals had a similar phenotype except that the abnormality in glucose metabolism was diabetes, suggesting that perhaps the three children examined by Dr. Gillis’s team may also develop diabetes in the future.

In the family that Dr. Gillis and Prof. Elpeleg were observing, the 3 affected children (2 male; 1 female) were the 3rd, 8th, and 9th of 12 children. They were last seen at Hadassah at ages 19, 14, and 13, still requiring assistance to get dressed. The children also suffered from recurrent seizures from five to six years of age. The parents, both carriers, however, were healthy and did not know anyone in their extended family who had this problem.

“Indeed, this was a rare coming together of rare genes,” said Dr. Gillis, “but the healthy children should be able to live normal lives, marry, and have children without being plagued by the genetic problem in their family, thanks to this research–even if they choose to marry within the community of Jews who emigrated from the same region.”

Dr. Gillis further explains: “The combination of traditional families and sophisticated, complex medical technology and understanding allows us at Hadassah to stay at the forefront of genetic and medical science and to unravel rare diseases.” He notes too: “Many discoveries about rare diseases have implications for common conditions and their therapy.”

The study results were published in the July 22, 2014 on line issue of the Journal of Medical Genetics. (While the manuscript was in preparation, a 13th child was born with the mutation.)