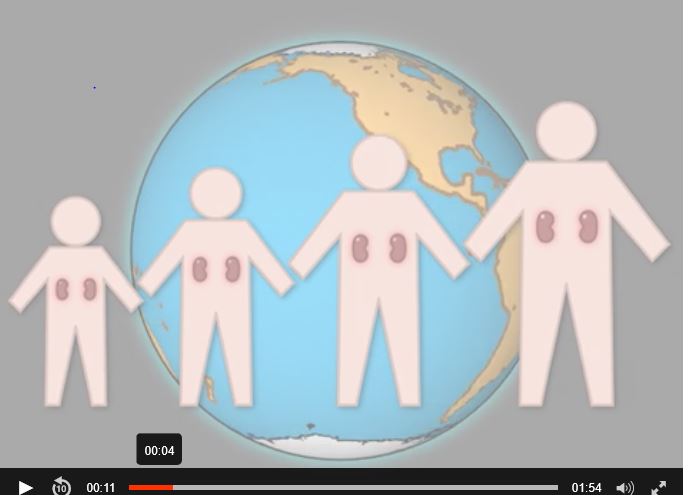 The findings of a nationwide study of over a million and a half Israeli adolescents, conducted by researchers at the Hadassah-Hebrew University Braun School of Public Health and Community Medicine, suggest that kidney disease in childhood is associated with a significantly increased risk of end-stage renal disease (ESRD) in adulthood, even if kidney function seems normal in adolescence.

The Israeli youngsters, ranging in age from 16 to 25 years of age, had been examined before they began compulsory military service. As the investigators, Dr. Ronit Calderon-Margalit and her colleagues, report in their article in the February first issue of the New England Journal of Medicine, “the findings indicate that kidney injury or structural abnormality in childhood has long-term consequences.” They explain that “all participants included in the primary analysis had normal renal function and no hypertension in adolescence.”

The researchers found that during the 30 years they followed these individuals, 2,490 ended up with ESRD. Whether the children had a congenital anomaly of the kidney and urinary tract or one of various kidney diseases, their increased risk of developing ESRD as adults was pretty much the same. This translated into about a four-fold increased risk for ESRD as compared to the risk for those individuals who did not have a history of kidney issues. Furthermore, a history of kidney disease in childhood was associated with younger age of onset of ESRD.

In an accompanying editorial in the New England Journal of Medicine, Dr. Julie R. Ingelfinger, Pediatric Nephrologist at Massachusetts General Hospital in Boston, observed: “Findings such as those reported by Calderon-Margalit et al. suggest that we need to follow persons who had kidney disease as children throughout life, even if the condition shows apparent resolution. We also need to find better predictors and methods by which to intervene if we are to prevent ESRD in those at risk.”