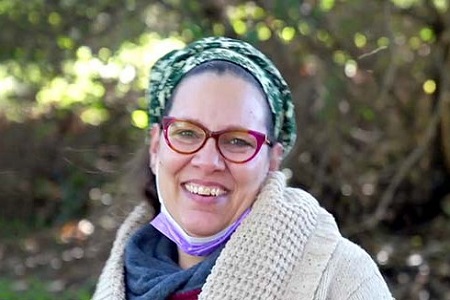 Sheyna Goldstein Weinstein’s ordeal began with a cough. Her family physician thought it was nothing to be concerned about since her lungs sounded clear. When the cough persisted for a couple of months, Sheyna decided she ought to get a chest x-ray.

The x-ray revealed that she had a lump. Being the great-niece of Barbara Goldstein, deputy director of Hadassah, The Women’s Zionist Organization of America’s Offices in Israel, Sheyna said, “I wasn’t going to go anywhere else but Hadassah Hospital Ein Kerem.”

Sheyna was taken under the wing of Prof. Neta Goldschmidt, director of the Hematology Day Care Unit at Hadassah, where she was diagnosed and treated for lymphoma. “The treatment was tough, involving many types of chemotherapy in high doses,” Dr. Goldschmidt relates. “There were many side effects, as expected, but Sheyna is a strong person.”

Fast forward over seven years and Sheyna says, Hadassah “has given my children their mother back.”