Hadassah AustraliaNews from Our UnitsWhat Hadassah Means to Me15 November, 2016 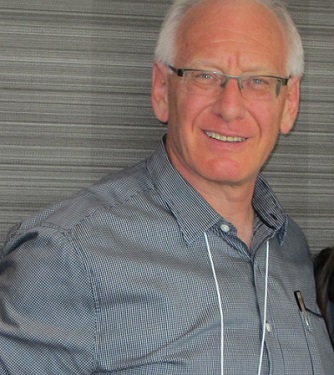 My Hadassah “journey” started in Jerusalem in 1972. I was a delegate to the World Zionist Congress, the second Congress after the 1967 conflict. It was a time of high energy and hope. I was young, newly married and very involved in campus life. I had the good fortune to meet many wonderful people at that Congress including many of the amazing women from HWZOA. None was more formidable and influential than the late Charlotte Jacobsen. You did not willingly want to cross swords with Charlotte but we were on the opposite sides of an ideological divide regarding a two-state solution (yes it was a significant issue even then) and so debate was robust and aggressive but never personal. What deeply impressed me in 1972 and continues to resonate with me in 2016 is the deep and abiding commitment that the HWZOA women had, and still have, to building a better, healthier and more equal Israel. It is a reflection of the vision of Henrietta Szold and of the “DNA” deeply embedded in the Hadassah Medical Center which is the physical embodiment of all that reflects Henrietta’s vision.

I lived in Jerusalem from 1977 – 1985. Our youngest child was born at Hadassah. Many of our friends worked at Hadassah. It was evident to me that Hadassah was an integral part of the day to day life of Jerusalem and that its staff, committed as they were to delivering the best possible health outcomes for patients, were also deeply connected to the Hadassah Mission of making a difference to society in Jerusalem and Israel.

I was approached in 2003 by the late June Walker, an amazing woman who I had the privilege of getting to know during the Zionist Congress of 2002, to take on the role of President of Hadassah Australia, a new entity established in 2003 as a new “outpost” in the growing global network of Hadassah International (HI)  – a network of men and women around the world supporting the Mission of the Hadassah Medical Organisation in Jerusalem.

Hadassah Australia is celebrating its organisational “Bar-Mitzva” this year. It has been 13 years of development and achievement. Hadassah has become our metaphor, our channel, for doing good in Israel and for connecting Australians, Jews and non-Jews alike, to Israel and for delivering programs and projects that have a social impact.

Programs such as Goshen, an initiative of the Department of Pediatrics at Hadassah, which is changing the way Israeli paediatricians are working in the community. Established in 2010 Goshen has become an integral part of the Israeli early childhood behavioural –development landscape. Goshen draws its professional inspiration from the world renowned Centre for Community Child Development at the Royal Children’s Hospital in Melbourne, Australia. Goshen is fulfilling the vision of the late Professor David Bransky, the former Chair of the Department of Pediatrics at Hadassah, and is materially advancing outcomes for children in Israel.

These are but two of the many programs  ranging from assisting children in Jerusalem suffering from psychological stress to programs like Project Rozana that is building bridges to better understanding between Israelis and Palestinians through health.

This is my ongoing journey with Hadassah Australia and Hadassah International.

It has been, and remains, a privilege to be part of this significant organisation. I continue to draw daily inspiration from Henrietta Szold and the Hadassah women who came to Ottoman Palestine in 1912 and determined that they could make a difference.