Accompanied by their family and part of the Foundation leadership, John and Pauline Gandel of Melbourne, Australia, flew to Israel to participate in the naming ceremony for the Gandel Rehabilitation Center under construction on the Hadassah-University Medical Center’s Mount Scopus campus that will proudly bear their name when it opens in 2023. A very generous donation to Hadassah – the largest to date from outside America facilitated by Hadassah international – from the Gandel Foundation is making this huge, state-of-the-art Rehabilitation facility possible. It will serve all the people of Jerusalem and Israel and will help people of all ages and backgrounds recover from every kind of injury, illness, or disease, and regain their independence.

Donning hard hats and distinctive blue vests, John and Pauline Gandel, accompanied by their daughter Lisa Thurin member of the Board of the Gandel Foundation, Graham Goldsmith deputy chair of the Foundation, and Vedran Drakulic CEO of the Foundation, arrived to inspect the building, which is in the process of construction. They listened to explanations of what is being planned for the building, including a design that allows for expansion both outward and upward, if and when the need arises.

They were shown a completed showcase room for two patients, with lots of natural light, a huge window offering a panoramic view, a parquet floor, a large television screen, a built-in closet, and a queen-size bathroom with both overhead and hand showers, and a doorway wide enough for a wheelchair to get through with ease.

They were also grateful for the opportunity to speak to two soldiers who had been seriously injured, and whose lives had been rebuilt by rehabilitation at Hadassah.

At the official naming ceremony, John Gandel spoke about the Australian Jewish community’s strong support of Israel, and how proud he was to support a first-class rehabilitation center that will benefit both Jerusalem and Israel. He and his wife see their support for Israel as a duty and an obligation, but the guideline in all their giving to both Jewish and non-Jewish causes in Australia and Israel is to “make a lasting difference in people’s lives.”

Representing Hadassah International, Jorge Diener praised the Gandels as “dreamers who are changing lives for the better by making a rehabilitation center like this possible.”

Health Minister Nitzan Horowitz emphasized that this new Rehabilitation center is much needed, as there is a dire need for rehabilitation facilities in Israel. It will be available to serve everyone, Jews, Arabs, and Christians, in the Jerusalem population of nearly two million and far beyond.

Prof. Yoram Weiss, praised Dalia Itzik, for her foresight in conceiving the concept for this Rehabilitation center at Hadassah Mount Scopus.

The Gandel’s and their family were delighted to have the opportunity to unveil a plaque that extols their passion, commitment, and dedication. Those present at the ceremony spontaneously burst into song, joyfully singing “Me’al Pisgat Har Hatzofim” (From the summit of Mount Scopus), followed by “Jerusalem of Gold.”

At a celebratory luncheon at the Hadassah-University Medical Center at Ein Kerem following the dedication, they were joined by Jerusalem Mayor Moshe Lion, Yad Vashem chairman Dani Dayan, hospital department heads, and other senior staff. Every speaker, both on Mount Scopus and in Ein Kerem, emphasized the importance of the new facility, the number of people it would serve, and how many people would not have to travel vast distances to other already existing rehabilitation centers.

Rhoda Smolow noted that the new building stands where Henrietta Szold, the founder of Hadassah, had her vision almost a century ago. Szold laid the cornerstone for Hadassah Hospital on Mount Scopus in October 1934. She founded Hadassah in 1912. Of the Gandels, Smolow said: “They’re not just donors. They’re warm, loving people.”

Saying that they had made “a tremendous contribution to Jerusalem, the heart of the Jewish people,” Jerusalem Mayor Moshe Lion thanked the Gandels on behalf of all the residents of Jerusalem, adding: “You are here helping us to keep that heart beating and strong.” He also underscored that the Gandel Rehabilitation Center would provide the best medical services in the country. Although Hadassah is one of the oldest hospitals, he said, “it is a symbol of innovation.”

Please find below some further pictures of the event and the recording of Mr. Gandel addressing the audience on the occasion of the naming of the Gandel Rehabilitation. 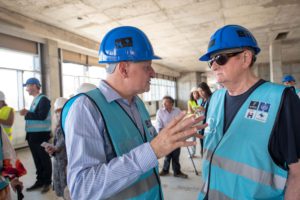 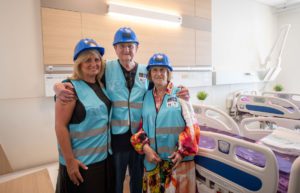 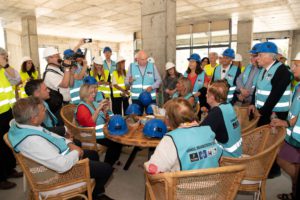 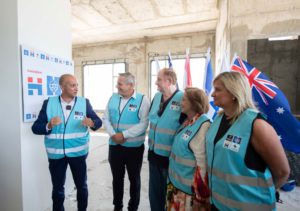 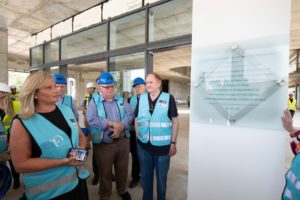 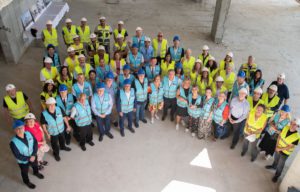 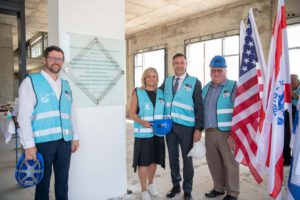 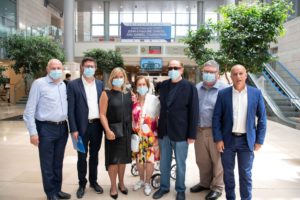 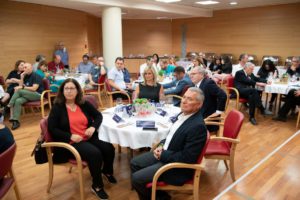 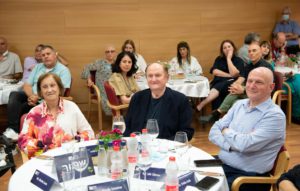 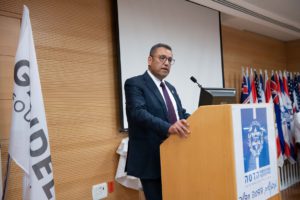 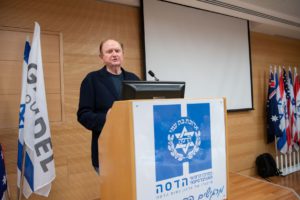 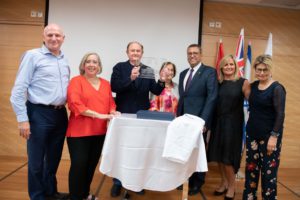