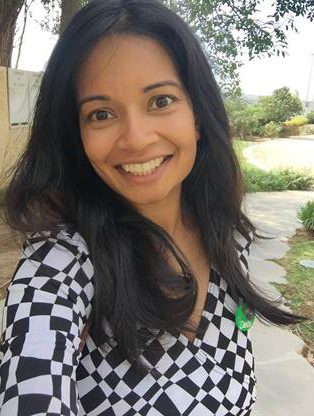 Describing it as a “life-changing experience,” Dinithi Seneviratne, a New Zealand health care professional, recently spent several weeks as an observer in the Pediatric Emergency Department at Hadassah Hospital in Ein Kerem, Jerusalem.

Dinithi traveled to Israel as the 2018 recipient of the Valda Knight Memorial Scholarship, awarded to New Zealand-based health care professionals to provide them with the opportunity to gain international exposure in their chosen field. The scholarship was established in memory of Valda Knight, a past president of Hadassah New Zealand, and provides funds for a visit to Israel, where awardees can arrange a program that suits their interests.

“I was able to spend four weeks in Israel with the majority of my clinical time at Hadassah Hospital,” Dinithi reported. “I was struck by the friendly and welcoming environment in the pediatric departments and their willingness to include me in all aspects of patient care.”

In addition to spending time in the Pediatric Emergency Department, Dinithi also visited the Pediatric Oncology and Hematology Unit and was impressed by the treatments offered by the clowns. “Working at Hadassah was very interesting clinically, as there were cases that are rarely seen in New Zealand. Also, Hadassah has a reputation for exploring treatment options that are not yet established in the mainstream.”

In addition to medical experience, Dinithi was able to travel in Israel and the West Bank. “Jerusalem itself was an incredible experience, and being based there for four weeks gave me an opportunity to explore the city and all it has to offer,” she said. “Israel is highly topical in international politics, and it was exciting to be in Jerusalem at a time when momentous changes are happening.” In the West Bank, she spent time in the Caritas Baby Hospital, the main pediatric hospital there.

Dinithi is now back at Auckland’s Starship Children’s Hospital, but her journey to Israel may have only just started. She is making plans to take a public health course in Tel Aviv in 2019 and is looking forward to establishing connections and possibly working in pediatrics in the Middle East. “I am very grateful to the Knight Family and Hadassah New Zealand for this scholarship,” she said.