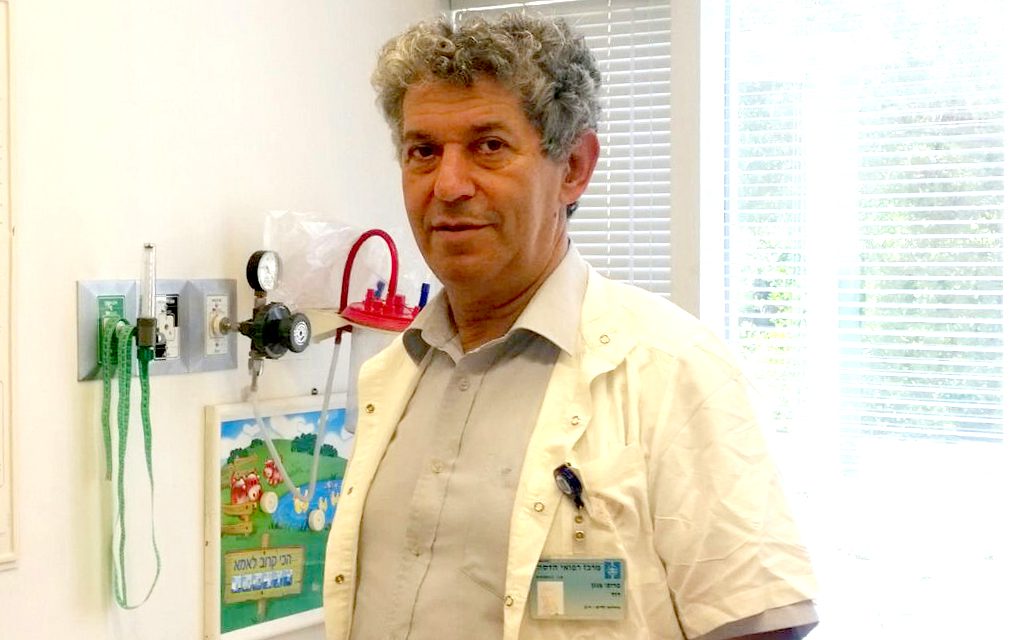 A few years ago, a mother brought her teenage daughter to see Prof. David Zangen, Director of Pediatric Endocrinology at the Hadassah Medical Center. The girl had not reached puberty and mother and daughter were concerned. When Zangen examined the girl, he found she indeed had no breast development or other pubertal signs and, in imaging studies, no ovaries could be detected.

Fast forward a few years, and the girl’s sister comes to see Prof. Zangen. She, too, did not reach puberty, and she, too, had no ovaries. Prof. Zangen knew he had come upon a phenomenon that cried out for genetic investigation.

While 5 to 10 percent of teens don’t reach puberty when expected, sometimes puberty is just delayed. It happens a few years later—at perhaps age 15 instead of age 12. These kids are physically fine. In rare (but very important to detect) cases, the problem is caused by a dysfunction of the pituitary gland that interferes with hormone production, which is necessary for puberty. This dysfunction can be caused by a space-occupying lesion (e.g., aneurysm, tumor etc.) or by a genetic defect. But this was not the case with these two sisters, since imaging revealed that both lacked ovaries. Was a genetic mutation responsible?

Through full gene sequencing, Prof. Zangen and his collaborative team, including Prof. Levy-Lahad at Jerusalem’s Shaare Zedek Medical Center and Dr. Offer Gerlitz at the Hadassah-Hebrew University School of Medicine, discovered that both sisters had the same mutation on the BRCA2 gene. Many of us know about the BRCA gene mutation as the culprit in breast and ovarian cancer. But it was not known before Prof. Zangen’s discovery that BRCA2 was linked to healthy ovarian development–a finding that gained the researchers a coveted spot in the September 13th issue of The New England Journal of Medicine.

But what exactly was the connection? What is the function of a healthy BRCA2 gene? Prof. Zangen and the team knew that BRCA2 has a crucial role in DNA repair. Throughout our lives, our bodies’ cells undergo cell division. When all goes well during this process, the DNA is copied exactly. But when it does not, the body has to collect the mistakes and correct them. “Uncorrected mistakes can lead to cancer or to other disasters,” Prof. Zangen explains.  And so it was for these two sisters.  Because the correction failed to occur, they failed to develop ovaries!

As Prof. Zangen relates, if the mistakes are left to their own devices, the cells may divide in uncontrolled ways such as in cancer, or they may not be able to divide properly into a sperm or an egg as required for fertility. Therefore, if the corrections don’t occur properly, a girl will either not develop ovaries at all or produce only a limited number of eggs, which may result in early menopause under the age of 35-40 or even earlier in her 20s. She may also be at greater risk for developing ovarian cancer.

In the case of the two sisters, the investigators were able to zero in on their lack of DNA repair by taking a biopsy and exposing the tissue to radiation.  When they did so, they found that the DNA broke and was not being corrected.

If teenagers don’t reach puberty and are found to lack ovaries, they should definitely be screened for mutations in DNA repair genes such as BRCA2, Prof. Zangen says. This is certainly now the protocol at Hadassah and he believes it should become the protocol all over the world.

At this point in time medical science is unable to interfere in the capability of DNA repair to trigger ovarian development. Hormone replacement therapy, however, did enable the sisters to reach puberty and have regular menstruation, but not fertility. Prof. Zangen is hopeful that in the future, there will be a way to intervene in DNA repair and improve upon this hazardous dysfunction.