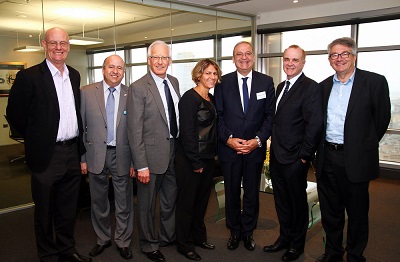 “How to Build Bridges between Israel and Palestine through Medicine and Health”.

Hadassah Australia hosted a special event in support of Project Rozana. This was the first time in Australia that a leading Palestinian (Ambassador Izzat Abdulhadi) and a leading Israeli (Dr. Osnat Levtzion-Korach the CEO of Hadassah Mount Scopus) have had the opportunity to share a platform to speak TOGETHER in favour of a common subject – “How to Build Bridges between Israel and Palestine through Medicine and Health”.

The Palestinian Authority has officially expressed its desire to become a full partner in Project Rozana according to the Head of the Palestinian Delegation to Australia, Ambassador Izzat Abdulhadi.

The luncheon was attended by 40 invited guests from a range of backgrounds, Jewish and non-Jewish.

See Ambassador Izzat Abdulhadi’s speech in which he speaks about Project Rozana  http://vimeo.com/77455358