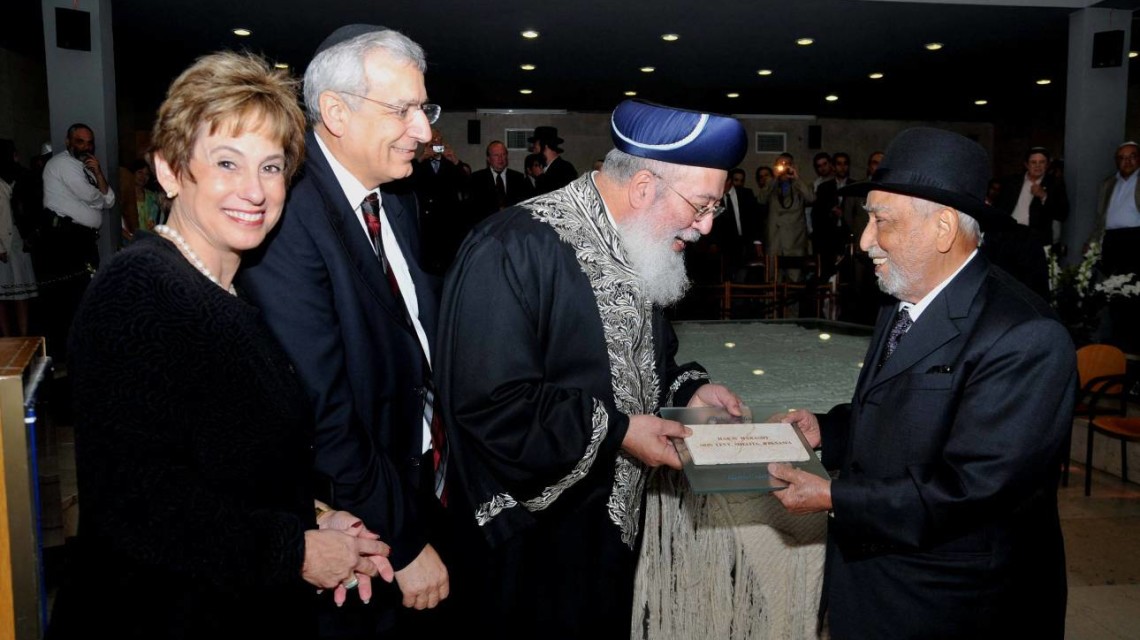 The Chief Rabbi of Panama, Rabbi Sion Levy, in the presence of the Chief Rabbi of Israel, Rabbi Shlomo Moshe Amar, and over 150 of his Panamanian compatriots, was honored with a cornerstone dedication ceremony at the Fannie and Maxwell Abbell Synagogue at Hadassah University Hospital, marking the donation of one million dollars by a Panamanian family to the Sarah Wetsman Davidson Tower in the Panamanian Rabbi’s honor. Rabbi Sion Levy was born at a Hadassah facility in Jerusalem. He was one of the soldiers who, in 1948, liberated the neighborhood of Ein Kerem, which later became the home of one of Hadassah’s hills of healing. When the fledgling Panamanian Jewish community needed a Rabbi, he was asked to take the post. Under his leadership, the community flourished, growing to thousands of members.

Following the emotional tributes came the cornerstone presentation  by three members of the Panamanian Jewish Community–Dr. Jacobo Cohen, who served as Medical Head of the National Symposium on Trauma, sponsored by Hadassah Panama, Alberto Eskenazi, and Moy Mizrachi. “The Panama passion and spirit of cooperation and unity are truly a shining example for all of us,” Mrs. Altura noted.