Physician From Mexico Praises His Experiences at Hadassah 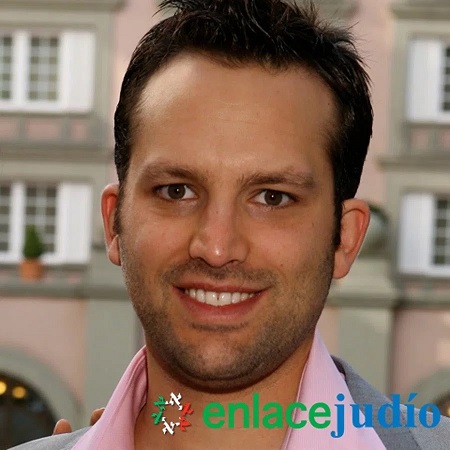 It was not easy to leave the country where I grew up– my land, my family, my friends, my people, my culture and food. However, I arrived in a country, where despite a thousand and one problems, I was received with open arms to be part of a large family of friends. Leaving Mexico and choosing to come to Israel was difficult, but once I was here, it was obvious to me that my destination was the Hadassah Hospital. A few days after landing I was interviewed by Hadassah’s head of Cardiology in the huge, impressive Hadassah Ein Kerem Hospital. He welcomed me with open arms, directed me and advised me.

I was referred to Hadassah Har Ha Tsofim Hospital (Mount Scopus) on the side of the Hebrew University of Jerusalem, where after a couple of weeks I officially started my internship and later my specialization (Residency). Hadassah Har Ha Tsofim Hospital is a Hadassah Ein Kerem “daughter” institution, a smaller, family-run hospital located in the eastern part of the Golden City. A hospital immersed in an environment that is quite extreme in every way, as it serves an ultra-religious population, Jewish, Christian, and especially Muslim, given that the hospital is a few meters from the village of Arab village of Issauia.

I remember that for the first few days after arriving at the hospital, besides marveling at the level of medicine and technology, I was impressed by the great cultural shock caused by the differences between my way of living and understanding life and the life experience of the local population. Exiting the elevator at 7:30 am, it was not unusual to see on the left side under the stairs a Muslim patient saying prayers and praising Allah on his rug, and on the right side a Jewish patient saying prayers and celebrating the ceremony of laying the Tfilin. And then I might  suddenly see a group of armed soldiers obviously grieving as they come out of the intensive therapy unit, being comforted by a rabbi and a witness who happened to be there.

Possibly these experiences are similar throughout Israel, but without a doubt there were many changes in a very short time for a newcomer from Mexico to assimilate.

During the my specialization, I had the opportunity to work with doctors of high academic and professional caliber. Each day was divided into visiting patients and a lecture or some other class. Afterwards we sat down to review the data from each patient with the incumbent physician in charge. Each month a different doctor worked with us. I can talk about the super-specialists in all fields that are rotated between the two hospitals to give attention to patients hospitalized in this department. I was able to work very closely with world-class specialists, medical professors, researchers in basic and advanced science, many of them academically recognized internationally, and many nominated for different awards. (Hadassah was nominated for the Nobel Prize for example).

After a short time I felt I was already part of the great family of Hadassah, where in addition to having the opportunity to learn from the best in the world (without a doubt), I was impacted by the level of humanism and love of life that is lived day by day.

During my specialization I worked in intensive care, intermediate care, coronary unit, inpatient care, “day care”, emergencies, and in research and teaching. I was encouraged to study and do research every day.

I was able to achieve a very high level of diagnosis and treatment from my first contact with the patient. (Some examples that I am particularly proud of include an infectious micro-molecular diagnosis in a patient with meningitis and sepsis; a microscopic diagnosis of a patient with acute myeloid leukemia; diagnosis and study of renal tubular acidosis; advanced care for a patient with chest pain (caused by heart or lung infarctions), and aortic dissections; pericardial effusion with Cardiac Tamponade, etc.). I also had the opportunity to be a part of the diagnosis of non-clear patients from other departments, and I worked as part of a team with other residents and specialists.

For everyone at Hadassah, regardless of who they are, the day by day work is mostly without hierarchies and without egos. Everyone has the common goal of providing a professional and pleasant work environment in order to be able to help the patients. No regard is paid to racial, religious, or other differences.

My experience was unique and unparalleled. Hadassah enabled me to grow in every aspect and to achieve personal success. I was always encouraged to look high, very high. I learned, among other things, that love for human life must exist without borders, conflicts are mostly at the political level, and the differentiations we try to make between people do not really exist.

At the end of my Residency, I was flattered to receive an award  for “Excellence in Internal Medicine”. I accepted this first degree, proudly wearing a shirt with the green, white and red of my dear Mexico, and the T-shirt of Anahuac, my alma mater.

After I received the degree of Doctor of Internal Medicine, I was conscripted into the Israeli Army to meet the obligation of every Israeli for military service. After my service as an internist in the Air Force of Israel, I left Hadassah for personal reasons, and moved to the center of the country to start my sub-specialty in Cardiology in another institution.

However, my life has been marked with a stamp of honor. I will be forever tremendously proud and grateful for having had the opportunity to be part of the Hadassah family.