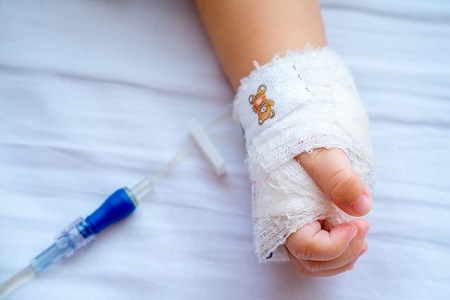 Excerpted from a December 9, 2021, Reuters Report

Today, Eran, age 3, may look like the picture of health, but two months ago, it was a very different story.

Eran had experienced a mild case of COVID-19, but one month after recovering from the disease, his mother, Sara Bittan, found herself rushing him to the hospital.

“He had a terrible rash all over his body and swollen red eyes,” Bittan relates. “He was very weak. He didn’t have an appetite. He didn’t eat for a few days. He was crying a lot. He had pains in his legs and in his stomach. He couldn’t go to the toilet. I mean he didn’t go to the toilet for a few days. He suffered a lot, and all the tests that he had to undergo—it was terrible.”

Eventually, Eran was diagnosed with pediatric inflammatory multisystem syndrome (PIMS), where the immunity system goes into overdrive, creating inflammation in the heart, lungs, kidneys, brain, and gastrointestinal organs. “It’s a new disease, a new consequence of COVID-19,” explains Prof. Shimon Reif, head of the Department of Pediatrics at Hadassah Hospital Ein Kerem. “We never saw such a consequence from any virus or disease before this. It occurs mainly one to two months after children have COVID-19, even if they had a very mild case or an undetectable or asymptomatic case. With some children, only when they suffer from PIMS do serology tests show that they previously had COVID-19.”

While severe illness and death from COVID-19 remain far rarer in kids than adults, tens of thousands of children worldwide may still struggle with its after-effects, including PIMS and long COVID-19. The US Centers for Disease Control has estimated that 6,000 kids in the US alone have suffered from PIMS, with 52 deaths.

Most children, like Eran, fully recover. Nevertheless, physicians and parents like Bittan want parents to be aware of the risk that COVID-19 carries for young patients and to get their children vaccinated.

“I didn’t know my son could get PIMS, but it happened to him,” says Bittan. “And I don’t want it to happen to any other children because my son suffered a lot and I suffered with him.”