Pluristem Stem Cell therapy, Based on Hadassah Preclinical Research, Has Been Cleared by FDA to Treat Acute Radiation Syndrome 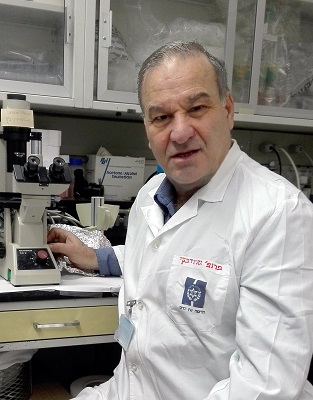 Pluristem Therapeutics has announced that its new cell therapy to treat acute radiation syndrome (PLX-R18), based on the pioneering studies performed within the laboratory of Prof. Raphael Gorodetsky at the Hadassah Medical Center, has received clearance from the United States Food and Drug Administration to treat individuals who may have been acutely exposed to high-dose radiation as the result of a nuclear attack or accident.

PLX-R18’s initial critical preclinical animal studies that set the basis for this treatment were performed by Prof. Gorodetsky at Hadassah. Further preclinical trials conducted by the U.S. National Institutes of Health, Prof. Gorodetsky at Hadassah, researchers at the Charité University Hospital in Berlin, and other prominent research institutions have shown that PLX-R18 cells secrete a range of specific proteins that salvage and trigger the regeneration of bone marrow hematopoietic (blood-producing) cells. In this way, they efficiently support the indirect recovery and regeneration of the blood system.