PRAYERS FOR A SOLDIER 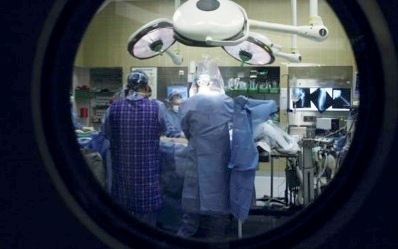 On November 6, on a Friday night, on the main road from Jerusalem to Hebron, infantry corporal Yagel 20, was among three soldiers guarding the junction so that civilian vehicles could travel safely. From across the junction, in the dark, terrorists opened fire on the soldiers.One bullet struck Yagel in side of his head. Critically injured, he was rushed to Swartz Center for Emergency Medicine trauma unit at Hadassah Hospital.

The terrorist turned out to be a 16-year old boy from the nearby village of Beit Anoun.

Surgeons moved Yagel quickly into the operating room to stabilize him and save his life. He spent more than a month in the neurosurgery intensive care unit in the Sarah Wetsman Davidson Hospital Tower.

On December 4, as the fourth candle of Hanukkah was about to be lit, Yagel was moved out of intensive care into a room on the 9th floor neurosurgery department.

He’s surrounded by his family, his Dad and Mom, two brothers and two sisters-as well as his girlfriend Danielle who is also a soldier. She received special permission to remain by his side. They met as teens in Bnei Akiva youth movement. She is serving in the North, while he is serving in the territories.

Visiting them also is Yakira Aharoni, mother of Moshe Yonaton Aharoni, a soldier who was gravely injured a year ago November in
Gush Etzion, not far from the shooting. We hug and she remembers fondly meeting National President Marcie Natan who promised her that the prayers of the 330,000 members of Hadassah would be with her son. Thankfully, he is doing well, scheduled only to return to Hadassah in coming months for an orthopedic shoulder fix. She recalls the tough days last November and gives Yagel’s family encouragement to go through this rough period.

Yagel is able to communicate through his i-pad. He writes that he loves his family, and of course, the dark-eyed, beautiful Danielle.

Today he is eating ice cream in the mall and he’s beginning to talk!

Says his Mom. “When he finally was awakened and could communicate with us, it was the thrill of a Mom hearing her baby say his
first words, even if they were on an ipad. We know ‘our Yagel is in there!'”

“I can’t thank Hadassah enough,” she says. “I, too, would like to ask for the prayers of the women of Hadassah wherever they are.
Please pray for the full recovery of our beloved son, Yagel ben Hofit.”