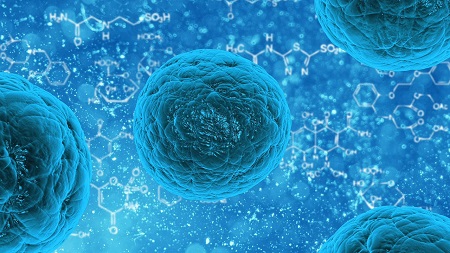 While scientists know a vast amount about what can go wrong in a brain afflicted with Alzheimer’s disease, they also know very little about how our brains protect themselves from such injuries, reports Prof. Tamir Ben-Hur, head of the Division of Clinical Neurosciences at the Hadassah Medical Center.

His new research, however, conducted with research associate Dr. Nina Fainstein and Nadav Dan-Goor, reveals that stem cells which reside in the brain may play an important role in protecting some people from Alzheimer’s disease.

As Prof. Ben-Hur and his colleagues explain in their article in the December 2018 issue of Neurobiology of Aging, specific stem cells called neural precursor cells (NPCs), when transplanted into the mouse brain, demonstrate that they “possess powerful immune-modulatory and trophic properties.” In other words, they support the growth, survival, and differentiation of both developing and mature neurons.

With age, however, these NPCs become dysfunctional, losing their immune-modulatory and neurotrophic properties. The researchers note that this dysfunction “is induced by pathological Alzheimer’s brain environment at a critical time point before neurodegeneration.” They hypothesize that these stem cells’ failure to provide tissue support may be involved in promoting degeneration of the brain’s neurons.

Not all brains degenerate at the same rate, however. The time span between the appearance of pathological changes such as the accumulation of amyloid plaque in the brain and the manifestation of dementia varies widely among individuals. Is this because some people are protected longer by these stem cells? Do these people have an edge, despite the pathological “insults” to their brains, while in others, these protective stem cells are no longer performing their therapeutic function?

The researchers, working with a mouse model that carries human genes which cause familial Alzheimer’s disease, found that the mice developed typical pathological changes of Alzheimer’s disease, such as memory problems and eventual loss of neurons in their brains. When they removed the resident stem cells from these mice and examined them in culture, they found them to be dysfunctional. Specifically, they grew slower than normal and lost their ability to inhibit inflammatory cells and support neighboring neurons.

Moreover, the researchers found that these cells were defective when it came to migrating toward the site of brain injury and unable to renew themselves once injured. Equally telling was the fact that their defective performance was apparent at a critical stage when amyloid plaque had accumulated in the brain, but the brain had not experienced atrophy as yet.

As a result of these findings, Prof. Ben-Hur and his colleagues concluded, “It seems, therefore, that functional decline of resident stem cells of the brain precedes and enables the development of brain injury, inflicted by amyloid deposits and their consequential pathological changes. Thus, loss of stem cell function is not the primary cause of Alzheimer’s disease but a factor in facilitating the disease process and transforming pathological changes into a clinically evident condition.”

Prof. Ben-Hur offers a positive perspective on his findings, noting that “the optimistic side of the story is that stem cell dysfunction is not inherent, but rather acquired, and is potentially reversible. This opens new therapeutic targets in Alzheimer’s disease. We should look for medications that not only remove the injurious insult (amyloid deposits) from the brain but also enhance the brain’s protective mechanisms from such insults.”