Reversing the Odds with Technology and Expertise 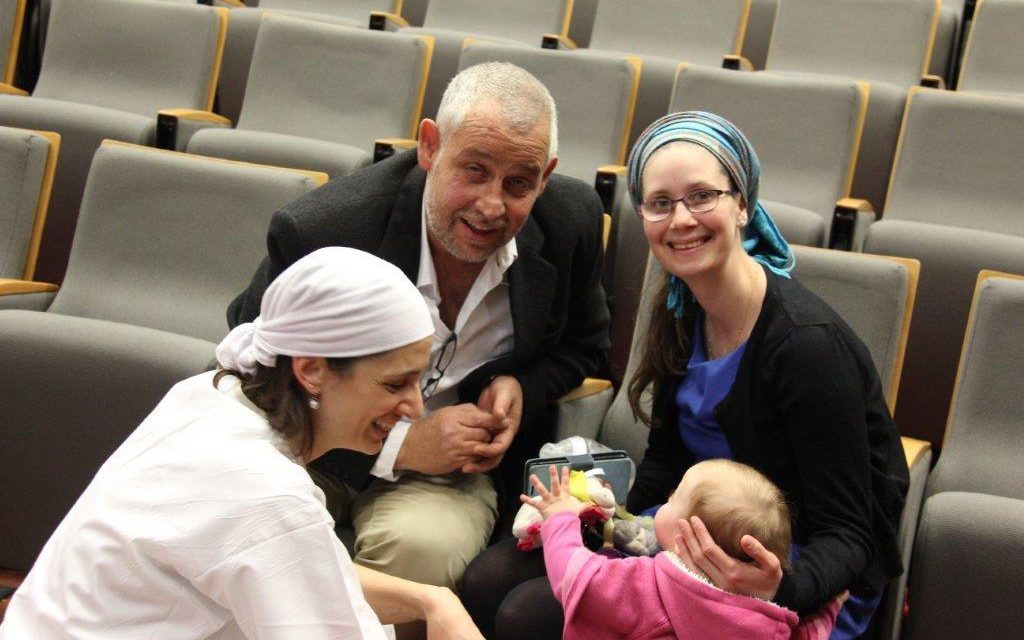 Photo Caption: Avital and Hallel with Dr. Rudis and a nurse.

It could be a young patient with a virulent flu. Or a man having a severe asthma attack. Or a pregnant woman with a complication of pregnancy. Suddenly, their heart or lungs or both are failing and Hadassah’s team of doctors and nurses need to take drastic action or their patients will die.

That drastic step is the use of extracorporeal membrane oxygenation (ECMO), also known as extracorporeal life support (ECLS), where external machinery takes over the body’s heart and lung functioning until these can be revived. Until recently, ECMO was used mainly on children but today it is being used with adults who are experiencing cardiac and respiratory failure. ECMO, by removing blood from the person’s body, takes out carbon dioxide and oxygenates the patient’s red blood cells, a job usually done by the lungs.

Avital Zakin, a healthy and active 26-year-old, was pregnant with her first child. The pregnancy had been progressing normally and Avital and her husband were excitedly looking forward to beginning their family. Everything seemed to be going well as she went into labor, but in the midst of her delivery, she experienced placenta abruption (where the placenta or part of it peels away from the uterine wall). Avital began to hemorrhage and, despite an emergency hysterectomy, she went into shock. Her systems began shutting down.

Placenta abruption is one of the reasons so many women in previous generations died during childbirth. Avital was fortunate that with the use of an ECMO system, Hadassah’s multidisciplinary experts, who worked around the clock, were able to save her life. Less than a week later, the new mom was out of danger. She and her beautiful baby girl, Hallel Esther, were going to be fine.

“ECMO is a last resort when the patient’s chances of death are 80 percent,” explains Cardiothoracic Surgeon Dr. Ehud Rudis, Director of the Surgical Cardiac Insufficiency Unit. “We reverse the odds,” he says, reporting an 80 percent success rate with the use of the new ECMO system this year.

“When Avital was strong enough, she asked me to go with her to see the baby,” said Dr. Rudis. “When I saw Hallel, I remembered why I had decided to become a doctor. She’s like a grandchild to me, and every week I get pictures of her on my phone from the parents.”

Dr. Rudis presented Avital’s case at a recent weekly clinical conference for Hadassah staff and Avital was in the audience to thank the “angels in white” (to use her words). She was accompanied by her one-year-old daughter, Hallel, who was happily crawling around, adding her baby talk to the mix.