To Russia With Love: Russian Children Travel to Hadassah to be Treated For a Rare Disease 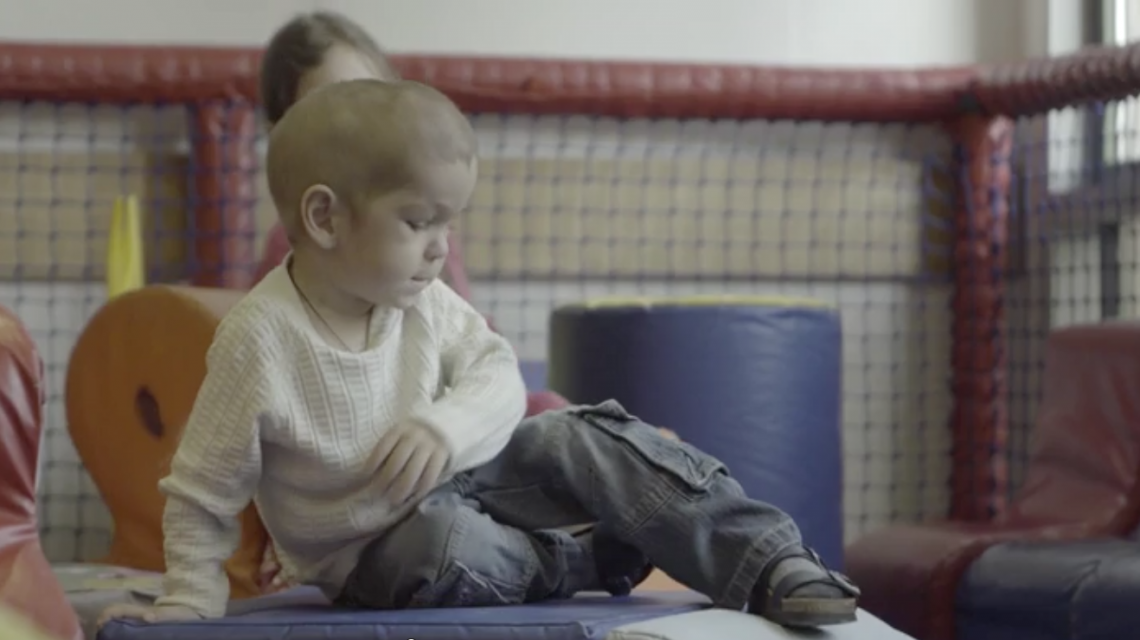 Children from the Northern Russian Republic of Chuvash, with the rare and fatal genetic disease called “marble bone disease” or osteopetrosis, are coming to Israel to be healed in the Hadassah Medical Center’s Pediatric Hematology Department.

Svetlana Izozsimova’s grandson, Kirill was dying. The toddler had been diagnosed with osteopetrosis in 2012. She was told that he would lose his eyesight and hearing and his head would become misshapen. The doctors in Russia could not offer any treatment and told Svetlana that the disease would cause a “terrible death.”

Svetlana, a cleaning lady from Cheboksary, a city of 400,000 people in the Volga Upland in the far reaches of Northern Russia, was not willing to give up. She loved her grandson too much. She went on-line, and found that Hadassah was treating osteopetrosis in Arab children from Hebron. She wrote to Dr. Polina Stepensky at the Hadassah Medical Center’s Pediatric Hematology Department in Russian and was very surprised to receive a letter back immediately in Russian. It turned out that Dr. Stepensky had immigrated to Israel from the former Soviet Union and the language was no problem!

The news spread back home. It turns out that one of every 4,000 newborns in Russia has the genetic mutation that causes osteopetrosis. Other families wanted to take their children to Hadassah to be treated before it was too late. Fundraising on a local TV station raised enough money to send children to Hadassah for treatment.

To date, Hadassah has treated another 14 Russian children, saving their sight and hearing and offering them the opportunity to grow up and live normal lives.

This is a story that ends well. Now five years old, Kirill recently returned to Hadassah for his two- year checkup and has a wonderful prognosis. Svetlana and the whole family are thrilled.

Read an article in the Jerusalem Post about Hadassah’s work with Russian Children http://www.jpost.com/Opinion/The-Human-Spirit-Osteopetrosis-and-our-little-Israel-446757