Sally Oren, Former Madam Ambassador to the US, to be Chair of the Hadassah International Israel Board of Trustees 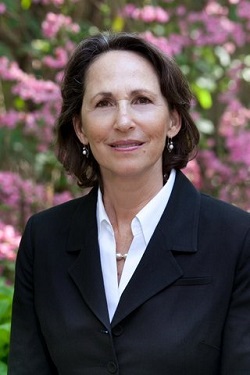 Sally Oren, a native of San Francisco, is a graduate of UC Berkeley with a BA in Near Eastern Studies and Dance. She moved to Israel over 30 years ago, where she met her future husband, Michael Oren.  She taught dance in Jerusalem and throughout the southern region of Israel.  Returning to Jerusalem after five years in the Negev, she worked as a writer, editor, and researcher at the Center for Jewish Art, at the Hebrew University. Later, Sally served as assistant to the director of Taglit Birthright Israel, and acted as a liaison for all Jewish communities outside of North America. In her spare time, she taught Taiji to wounded soldiers and veterans in Jerusalem.

When Michael Oren was named Israel’s ambassador to the United States in 2009, Sally became Madame Ambassador, in charge of managing a robust social, educational, and philanthropic schedule. In addition to hosting numerous high-level events at the Ambassador’s Residence, she represented Israel at major receptions at foreign embassies, in the Supreme Court and the Library of Congress, and at the White House. She volunteered for various Israeli organizations such as IsraAid which focuses on humanitarian and disaster relief and women’s health, and spoke for JFNA, Hadassah, the Montessori Schools, and Operation Embrace. She was voted the President of International Club #1, which brings together the wives of ambassadors, legislators, Cabinet members, Supreme Court Justices, and prominent journalists. She was the first Israeli ever elected to such a position.

Since returning to Israel, Sally has remained engaged in international humanitarian aid and women’s health issues, and serves on the advisory board of the newly created Linda Joy Pollin Cardiovascular Wellness Center at Hadassah Hospital. She is active in establishing a training school for Montessori teachers in Israel, sits on the board of the Batsheva Dance Company and is a member of the International Women’s Club of Israel. Honoring the memory of her sister, Joan, who was killed in a terrorist attack in Jerusalem, she is active in an organization that assists terror victims and their families.

Sally and Michael have 3 children—the eldest, Yoav, married to a Jerusalemite, Ayala Sherman, recently returned from China with Ayala with their year and a half old son, Ariel, after working for three years at an international textile company in Shanghai. Their daughter, Lia, also married to Jerusalemite Yair Vagshal, recently returned to Israel from New York with their three month old daughter. After completing his service as an officer in an elite unit in the Israel Defense Forces, their youngest son, Noam moved to Amsterdam to study in a one-year innovation and entrepreneurship program.