Saving a Newborn from a Life Without Sight 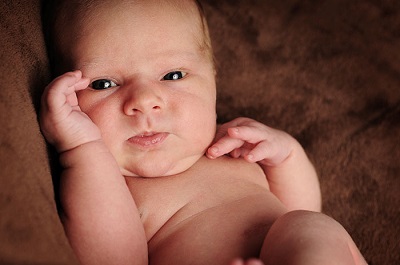 “He was two and a half months old when I saw him for the first time,” said Hadassah Medical Center Pediatric Ophthalmologist Dr. Irene Anteby about the East Jerusalem baby who was assumed to be blind. Dr. Anteby, however, realized he wasn’t reacting to light because dense cataracts were blocking his vision.

“Most people think of cataracts as something that happens to old people, but sometimes babies are born with them,” Dr. Anteby says. “You have to act quickly because a baby has to develop vision early or he will be blind.” She further explains: When a baby’s cataract is left untreated, the cloudy lens blocks light from getting to the retina and it can’t send visual information to the brain at a crucial time when the eye and brain are working together to “learn” to see. If the cataract isn’t removed in time, the brain may never learn to see.

The child of parents who were cousins, this baby suffered from a rare immune deficiency, which left him with not only a suppressed immune system, but also a low blood count and dangerous virus called CMV.

“I saw him on Thursday afternoon and on Monday, we scheduled surgery,” Dr. Anteby relates. “Usually in such a case, you do one eye at a time. But we knew with this very sick baby, we had one shot, so we decided to implant intraocular lenses in both eyes in one surgery.”

Complicating the chances for success was the fact that Dr. Anteby had to predict the growth of the baby’s eye in order to customize the lens to serve him throughout adulthood. As the baby grows, she notes, “there will be changes in the refraction all the time.”

“Everything went perfectly,” Dr. Anteby recalls. All that remained was to fit the baby with tiny frames. Since the surgery was covered by the family’s health fund, but the glasses were not, Dr. Anteby took it upon herself to approach shops in Jerusalem and ask them to donate the expensive frames. Good-hearted businessmen obliged and now the baby can see the world around him.

Dr. Irene Anteby immigrated to Israel from Sweden at age 20. Married to a gynecologist whom she met at Hadassah-Hebrew University Medical School, she has four children of her own and enjoys helping kids overcome their fear of doctors. She recalls the time that Israel’s Foreign Ministry dispatched her to the Marshall Islands in the Pacific to address eye problems. “Every day I saw patients with poor vision and, after I performed cataract surgery, they were able to see. What a great feeling”!

Dr. Anteby also remembers the Marshall Islands driver who took her from the hotel to the hospital and back. On her last day with him, he asked to have his eyes tested. His vision was so bad that they operated on him right away. “From then on, I asked to go by foot!” she says.