Sculptress Pays Tribute to Her Mom, a Hadassah Midwife 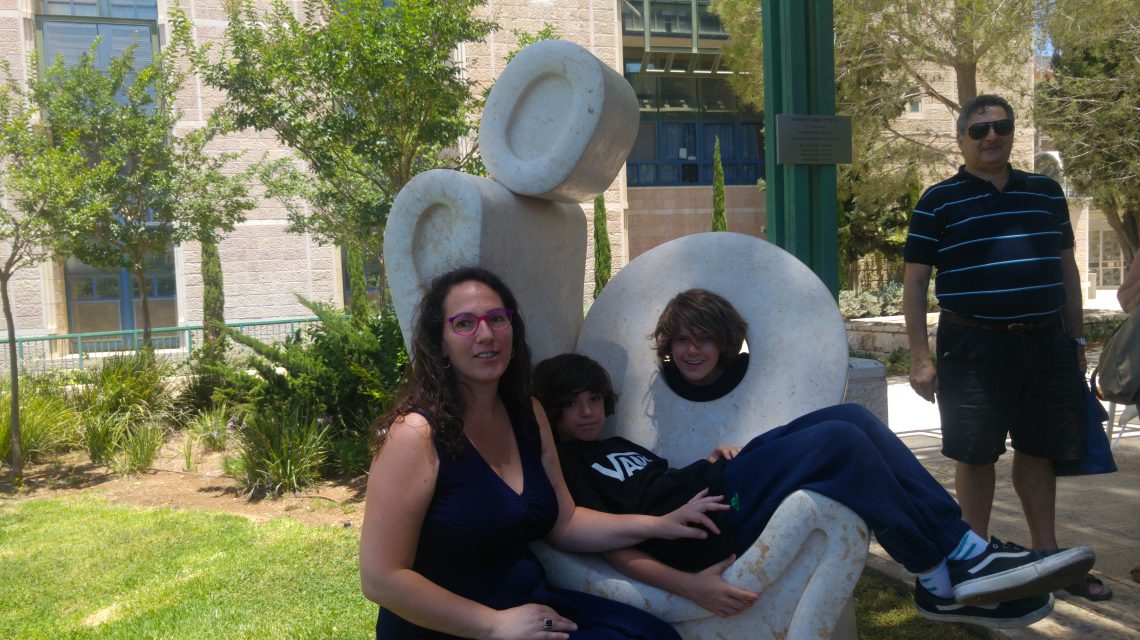 In memory of her mother, Myriam Libratti, a Tunisian-born midwife who worked for many years at the Hadassah Medical Organization, Montreal Sculptress Nathalie Guez gifted a sculpture to the Miriam Garden at Hadassah Hospital-Ein Kerem. Speaking at the recent dedication, Ms. Guez noted: “I am so happy that this statue, made of Jerusalem stone, has been placed across from the Charlotte R. Bloomberg Mother and Child Center, in an open space where children play. I am at rest now, knowing that my mother’s memory isn’t preserved only in a cemetery, but in this place of life that she so cherished.”

Hosting the dedication, Hadassah Office in Israel Deputy Director Barbara Goldstein brought out: “This campus was such a significant place in your mother’s life, as she gave of herself to so many women who became mothers.”

Ms. Guez is a functional artist and custom chair designer by profession. This playful sculpture, entitled “Myriam’s Chair,” echoes the theme of mothers holding their children. The first two children to play on it were Myriam’s grandchildren, Liam and Kael. Born in Paris, Mrs. Guez was raised in Israel for most of her life, before moving to Montreal in 2003. She has participated in exhibitions around the world in Paris, Milan, Valencia, Jerusalem, Tel Aviv, Montreal, and all over the United States. Her sculptural chairs have also been featured in media around the world.

The Myriam sculpture, seven years in the making, was also dedicated to Guez’s aunt, Rachel Zerbib and other beloved friends, Solange Chiche and Rachel Hayat.