Send in the Clowns: A Hadassah UK Dispatch 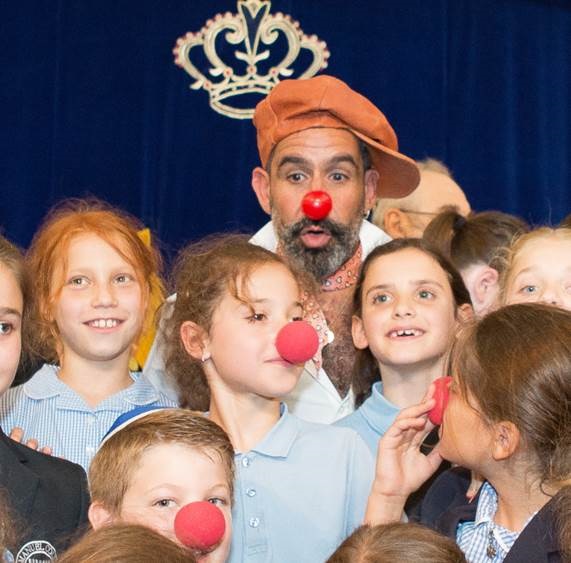 Over the past 15 years, medical clowning in Israeli hospitals has developed from an experiment at bringing in children’s entertainers to Hadassah hospitals into an advanced para-medical technique. It is no laughing matter — it’s Israel innovation at its best. Last night Hadasssah UK held a musical event for 400 people at the Kinloss Synagogue in northwest London called “Send in the Clowns,” featuring tenors Steven Leas, Jonny Turgel and Danny Bergson; the Shabbaton Choir, and both the Sacks Morasha and Immanuel College Children’s Choirs, who sang like angels. Stephen Levey arranged the lovely music, and the singers together created a wonderful evening.

DuSH was the compere of the evening, interacting with all the singers, choir and audience in his inimitable way. It was lovely to see a river of smiles overflowing during the evening on the stage — and off. Nobody left without one.

While DuSH is in London, he is conducting training sessions, working in hospitals, and speaking at hosted evenings and at synagogues.

Read more about DuSh’s upcoming visit to Manchester to visit some of the young people injured in the recent Manchester Arena attack.