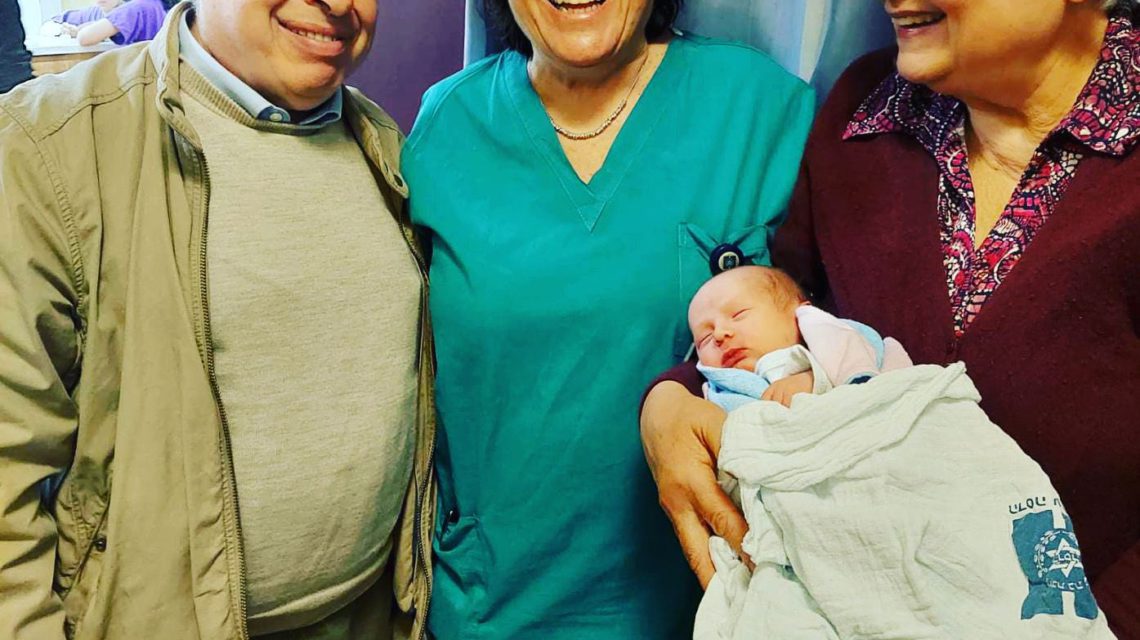 Nathan (Anatoly) Sharansky, identified more than anyone else in Israel as “Ben Horin,” a free person, together with his wife, Avital, welcomed a new grandson at Hadassah Hospital Ein Kerem just in time for the Passover holiday, which celebrates the Jews’ freedom from slavery.

Natan Sharansky, an Israeli politician, human rights activist and author, spent nine years in Soviet prisons during the 1970s and 1980s for his activities as a refusenik, fighting for the right to leave the Soviet Union. After immigrating to Israel, he served as chair of the Jewish Agency Executive from 2009 to 2018.

The Sharanskys’ daughter Hannah relates, “I gave birth to my fifth child at Hadassah Ein Kerem. As always, I had an amazing experience. I was embraced from the first moment in the operating room, under the amazing hands of Dr. Yanai, who operated on me, and Zohar Sussman, the wonderful midwife who accompanied me throughout the surgery, followed by my stay in Maternity Ward A with the dedicated nursing team headed by the fantastic Irena Shablin. The baby and I were cared for every single moment with endless devotion.”

Hannah adds, “It’s the most beautiful gift we could receive for the holiday of freedom.”