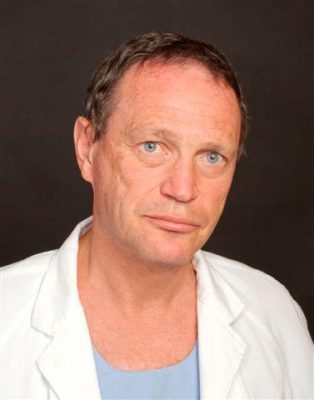 For more than two decades, Prof. Andrew Kaye, an authority on complex skull-based surgery, served as head of both the department of neurosurgery at Australia’s Royal Melbourne Hospital and the surgery department of the University of Melbourne.

Last summer, at age 70, Prof. Kaye immigrated to Israel from Australia, with his wife, Yehudit, and became the Hadassah Medical Organization’s new director of Neurosurgery Resident Training. “I wanted to contribute to Israel, and I felt guilty that I hadn’t done it earlier,” says Prof. Kaye.

This new position is not Prof. Kaye’s introduction to the world of Hadassah. A decade ago, he spent a sabbatical in Israel, researching genetic changes in brain tumors. Each subsequent year, he came back for a busman’s holiday, during which he volunteered in Hadassah’s neurosurgery department.

Viewing himself as an old-fashioned Zionist, Prof. Kaye notes, “I’m glad I’m here to help cope with the challenge of COVID-19, which has made both our ‘regular’ and our life-saving work more difficult.”

Prof. Kaye’s surgical expertise is removing tumors from deep within the brain stem, the continuation of the spinal cord that links to the brain. “Frequently,” he explains, “a patient’s symptoms are minor to start with—headaches, for example, or a slight loss of balance. Because these tumors often grow slowly, the brain adapts, and the tumor is often not detected until it’s very large and difficult to remove safely.”

In any case, Prof. Kaye relates, the surgery is very delicate because the nearby nerves that control cardiac and respiratory functions, pain sensitivity, alertness, and consciousness are at risk. “It’s hard to explain to someone who a week earlier was having mild symptoms that he or she now needs complex surgery, where a deadly stroke is a possibility,” he says.

In the few months that Prof. Kaye has been back at Hadassah, he has published numerous papers. A new one highlighting his work on developing new blood tests to diagnose brain tumors will be published shortly.

Considering it vital to pass on the lessons of his career and his encyclopedic knowledge to the next generation of Hadassah surgeons, Prof. Kaye is the author of Brain Tumours, the definitive work on the subject. He also co-chairs the Israeli Neurosurgery Society’s education committee.

Prof. Kaye believes that the current crisis should be a wake-up call for the critical role Diaspora Jews and non-Jews can play in Hadassah’s life-saving work. “Now is the time,” he says, “for people to be generous of spirit and generous financially. Hadassah is a keystone of the health system in Israel. All communities look to Hadassah. It needs to be strong for the community to be strong. Now more than ever, Hadassah needs support from everyone around the world.”