Study by Renowned Hadassah Neuropsychiatrist Featured in The Lancet 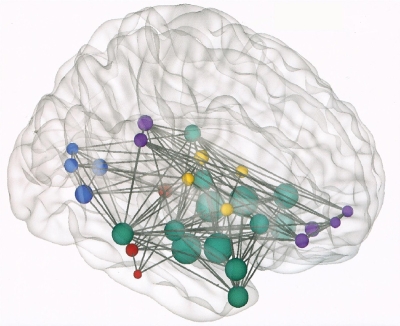 Dr. Arzy’s study, in collaboration with colleagues in Berlin, Germany, involved 43 patients with a particular form of severe brain inflammation. Using functional magnetic resonance imaging (MRI), the research team was able to witness changes in the connections within the patients’ brain networks.

Individuals who suffer from this particular form of brain inflammation called “anti-NMDA receptor encephalitis,” exhibit severe neuropsychiatric symptoms, including psychosis, memory deficits, and movement disorders. How the specific dysfunction leads to these clinical symptoms, however, is not understood. Do the symptoms arise from an impairment in specific brain regions? Do they arise from the interactions between these impaired regions?  The answers remain elusive.

In this study, Dr. Arzy’s research team observed 43 age and sex-matched healthy individuals, along with the 43 who had encephalitis. Although structural MRI proved normal in 31 (72 percent) of the 43 patients, the researchers report that they observed “widespread alterations of functional connectivity” and that these alterations correlated with what they saw clinically. The authors explain that “memory impairment correlated with hippocampal and medial-temporal-lobe network connectivity, whereas schizophrenia-like symptoms were associated with functional connectivity changes in frontoparietal networks.”

As the authors summarize: “This study reveals a characteristic pattern of whole-brain functional connectivity alterations in anti-NMDAR encephalitis that is well suited to explain the major clinical symptoms of the disorder.”  They also note that their findings could be similarly relevant for other neuropsychiatric disorders, such as schizophrenia.