...More than a HospitalCOVID-19Infectious Diseases19 March, 2020 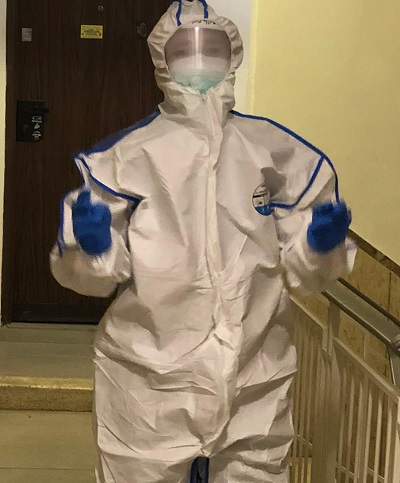 As one of the few hospitals in Israel tasked by the Ministry of Health with caring for victims of the coronavirus, Hadassah Hospital Ein Kerem in Jerusalem is in the forefront of the battle to fight the highly contagious and dangerous disease.

In a letter outlining actions being taken to increase testing for the virus, Hadassah Medical Organization Director General Zeev Rotstein stated flatly, “. There’s a national state of emergency in which there’s a huge threat to life, the economy, and our society.”

Using the example of South Korea, where early and widespread testing reduced the extent of the disaster, Prof. Rotstein and his colleagues in the other designated hospitals are working to immediately ramp up the number of tests administered in Israel. To that end they have already taken the following bold steps:

To date, about two dozen patients have been treated in the Outbreak Ward at Hadassah Ein Kerem. The ward, dedicated to treating coronavirus patients, is housed in the Round Building, currently under renovation. The ward is isolated from other parts of the hospital and closed to all but medical personnel.