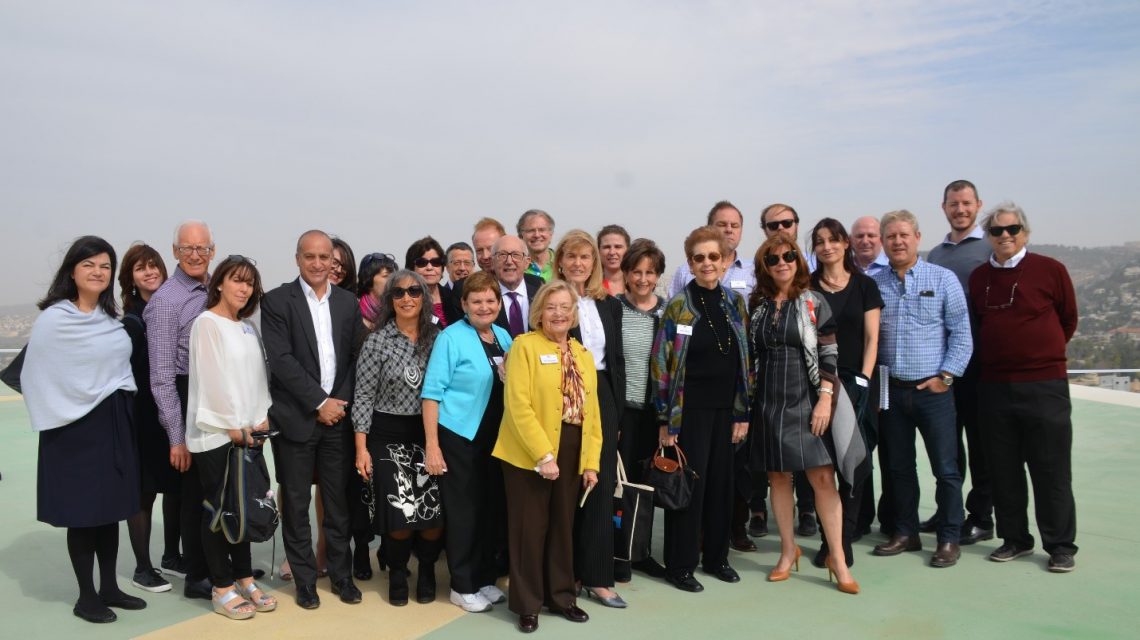 Hadassah International Leadership from 9 countries came together for two days in Jerusalem on November 12–13, 2017, to be Motivated and Mobilized. The goal was to find a way to more effectively spread the message worldwide that the Hadassah Medical Center is “More than a Hospital”.

The first day of the conference defined the current state of Hadassah International and its future challenges and opportunities.

Led by Robert Dorfman, Vice President of the HI Board of Directors; Ron Finkel, President of Hadassah Australia; and Patricia Levinson, Member of the HI Board of Directors and HI Communications Chair; the delegates discussed the challenges of enabling the Hadassah message to be heard in a disruptive world – in an age of changing media and philanthropy trends. Innovative concepts of disseminating information and reaching out to individuals who would like to make a difference by contributing to Hadassah were discussed.

This three-year campaign will be launched in January 2018 and will include an additional two floors and insure that the building is earthquake-proof, with retro-fitted utilities and expanded patient rooms.

200 beds will be added to accommodate the growing population of Jerusalem and the surrounding areas in the region.

At a “Welcoming Dinner” at Hadassah Mount Scopus Hospital on the first night of the conference, delegates enjoyed a delicious meal served by Hadassah’s award-winning Head Chef.

A highlight of the evening was meeting Haim Levtov, a paratrooper who was severely injured and has been undergoing extensive rehabilitation at Hadassah. He was featured in a video, and was thrilled to sing for the group.

Prof Zeev Rotstein, Director General of the Hadassah Hospitals, gave the delegates an update on the vastly improved financial status of the hospital and the plans to improve the hospital even more by providing additional beds and building new dedicated Centers of Excellence on the Ein Kerem Hospital Campus.

He emphasized that patients are coming to the Hadassah hospitals in search of the best possible medical treatment in such large numbers that there is a problem with over-occupancy. Hadassah is the trusted model of a leading international medical center.

Hadassah is attracting “star” academics, and its research and teaching continue to be among the best in the world.

The need to raise the money to modernize the building became very clear to all, and they were inspired to go home and make this a reality.

HI Delegates were also inspired by a series of lectures by Hadassah staff whose work has made a significant difference to entire communities.

Finally, the Hadassah Leadership heard from Erez Meltzer, Chair of the Hadassah Medical Organization (HMO) Board of Directors, who discussed how the agreement with the Israeli Government has changed the structure of the HMO Board. He also outlined sources of income for the Hospitals moving forward, including increasing the number of beds, realization of Intellectual Property resulting from Hadassah’s Research and Development, and the sale of isotopes from the Hadassah Cyclotron to other hospitals. He stated that he Board is constantly evaluating and reassessing the progress of the Hadassah Hospitals, and seeking ways to improve them.

Mr. Meltzer thanked the “Hadassah army of volunteers” who are working to support the hospital. Over the past century, Hadassah volunteers from the United States and around the world have been the second largest source of donations to Israel. It is impressive to note that from 2005-2016, over 2.5 Billion Shekels were donated to the Hadassah Medical Organization by Hadassah!

During the final wrap-up, it was clear that the participants wanted even more – perhaps an extra day with more time to share strategies and learn from each other. There is no doubt that the two days together was both inspirational and energizing!