The Story of Tasnin: A Mysteriously Sick Little Girl, a Genetic Mutation, and a Cure 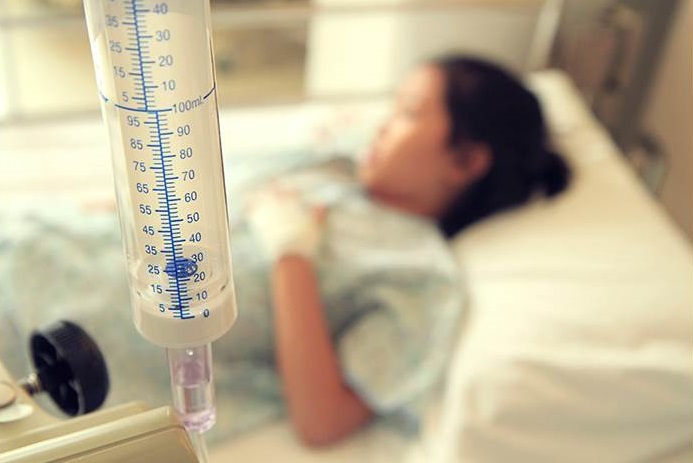 Tasnin, age nine, had spent most of her life going from doctor to doctor, as one cold and respiratory infection followed the next. For a long time, doctors were unable to diagnose the cause until Hadassah’s genetic experts identified the culprit and cured her–a breakthrough that will be highlighted in one of the world’s top hematology journals in the coming months. Read about Tasnin’s inspiring journey to health.

Often Tasnin, the middle daughter of five sisters, was so sick she had to be hospitalized. Yet, the doctors taking care of her believed it was “just a virus,” and she would outgrow this pattern of continually contracting these respiratory illnesses.

Tasnin’s parents, particularly her dad, Muhammed, who works as a chef in a restaurant in Jaffa, wouldn’t accept such a fate for their daughter. Muhammed sought help throughout the Palestinian Authority, as well as contacting some Israeli doctors and even consulted with German physicians. And then Tasnin was referred to the Hadassah Medical Center.

“When I first met Tasnin, she was suffering from a serious form of pneumonia”, relates Dr. Polina Stepensky, a hemato-oncologist who heads Hadassah’s Pediatric Bone Marrow Transplantation Unit. “The biopsy showed that she had a serious problem in her immune system. ”After consulting with Prof. Orly Elpeleg, head of Hadassah’s Genetic and Metabolic Diseases Unit, Dr. Stepensky ordered Whole Exome Sequencing (WES), a futuristic technology which searches through a person’s genes and finds variations in the “coding region” called exons. While typically this is a very complex process, in this case it was somewhat simpler because the mother and father are cousins and consequently have many genes in common. As a result, it is easier to spot irregularities, which often means that a potentially harmful recessive gene that appears in both parents becomes dominant in their children.

When Hadassah’s genetic team discovered the mutation and checked to see if there were any other cases reported worldwide, they found four: in Germany, Holland, and Lebanon. As a result of this mutation, called IL 21 receptor deficiency, all these patients had passed away. Fortunately, this was not to be Tasnin’s fate since, as Dr. Stepensky explains, “We are the only facility worldwide that uses the WES as a clinical tool, not just as a research tool. On the basis of what we learned, we ordered a bone marrow transplantation, partly using a process developed here at Hadassah. We used the information from the WES to fine-tune the treatment.”

Now Tasnin is healthy and back in school. “We’re delighted,” said Dr. Stepensky. “Not only can we diagnose this gene, but we have a cure for the disease.”

Tasnin’s dad adds: “She’s excelling in school and drawing. But best of all, she’s a healthy little girl with a future.  I am so grateful. I can’t thank you enough! Blessings to all those who have made this possible.”