THERE IS NO GREATER PAIN THAN THE DEATH OF A CHILD 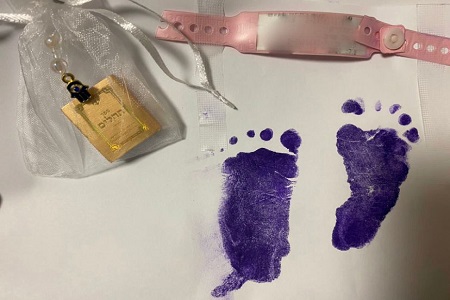 Delivering a measure of consolation at the most soul-shattering moments a parent ever has to face.

There is no greater joy than releasing a child from the Pediatric ICU,” says Fadia Abed-Fatiha, a senior nurse at the Metta Cohen Pediatric Intensive Care Unit (PICU), Hadassah Ein Kerem, and clinical instructor. “But there is no greater pain than the death of a child.”

It all began when, amidst the devastating separation with their dying three-year-old daughter, Leah, came a desperate plea for help from the parents. “All her life she slept in my arms; can I hold her one last time?” pleaded Leah’s mother. Fadia placed Leah in her mother’s arms that one last time. It was at this moment of inner appeasement that Fadia realized more had to be done for parents who are parting from their children. “We do everything we can for the child, but we need to do more for the parents,” she said.

Fadia was first introduced to the concept of end-of-life care at the Henrietta Szold Hadassah-Hebrew University School of Nursing, where she researched how bereaving families were helped at other hospitals around the world. The grief cart, first used at the Toronto Children’s Hospital in Canada, was a source for inspiration but the cultural entanglement of Jerusalem added a level of complexity.

“Fadia’s Cart” is the first of its kind in Israel and an example of cultural tolerance and respect worldwide.

“I met with rabbis, imams, and priests to ensure that parents will find a way to connect with God in the final hours of their child’s life,” said Abed-Fatiha, a devout Muslim. “In my experience, no one is an atheist when their child is dying.”

The top three drawers are filled with Jewish, Muslim, and Christian ceremonial objects, including prayer books, beads, and prayer mats. The fourth drawer is full of fragrances – used in an

Islamic custom to counter the distressing odor of death. The most popular items in the cart are a stamp pad and a putty kit allowing parents to memorialize their child’s hands and footprints.

Fadia affirms that in Islam it is not customary to take home objects belonging to the departed, but despite tradition, religious Arabs and Jews are very much comforted by the prints.

There are needs that are universal no matter what the beliefs or cultural upbringing of a parent.

Fadia’s compassion knows no borders. When she started with the project, the 37-year-old mother of twins replenished the contents of her cart at her own expense before contributions of solidarity began easing the financial burden…“but more is needed,” she confides.

She received her nursing degree from Al-Quds University/Makassed Hospital and completed her master’s degree at the Henrietta Szold Hadassah-Hebrew University School of Nursing. She continues to instruct nurses at both institutions.

Fadia’s initiative led to a PICU protocol that permits parents to hold their dying child in their final moments in privacy and intimacy.

Fadia’s outstanding initiatives were recognized in 2017 with the Israel President’s Award conferred by President Reuven Rivlin.

The article appeared originally in the Hadassah International 2020 Year in Review which you can read here.