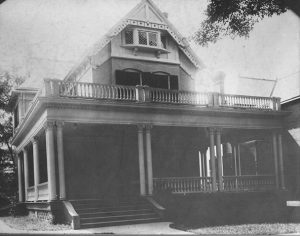 For a century, members of Detroit’s Jewish community have been strong supporters of Hadassah and most prominent among them were three generations of the Davidson family.

When Hadassah’s founder, Henrietta Szold, first came to Detroit to promote Hadassah in 1916, she stayed with Sarah Wetsman Davidson’s parents. Sarah drove her around in her electric car to recruit women to the new organization. It was Sarah, for whom the Sarah Wetsman Davidson Hospital Tower was named, who organized a “Daughters of Zion” group in Detroit, which later evolved into the Detroit Chapter of Hadassah. From sewing garments and shipping them to the Jews of Palestine, to buying an ambulance for the American Zionist Medical Unit, the forerunner of the Hadassah Medical Organization, Sarah was in the forefront of supporting Hadassah’s vision.

Read about the history of Detroit’s devotion to Hadassah and the Davidson’s leadership in making the Hadassah Medical Organization what it is today.