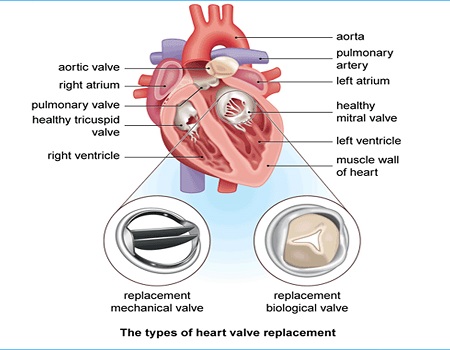 Gerald Lieder, age 94, passed away this month. Three years ago, his family gathered from the United States and Israel to say goodbye to him because his heart was failing. But then, heroic Hadassah Medical Center cardiologists decided they could give him a chance to survive by inserting a new valve into his heart, which would sit within his failed eight-year-old valve.

Mr. Lieder, the first patient in Israel to have his own valve replaced through catheterization with an artificial one, had outlived the life of that valve.

When the cardiologists at Hadassah suggested implanting another valve, his family was stunned and touched that these physicians would invest so much effort in a man who was at the time, in their own words, “a bag of bones,” and over 90 years old. Mr. Lieder was given a percutaneous valve replacement, a procedure that was not available in many other countries. He rallied, lived an additional three years, and sang at the weddings of three of his grandchildren.

Mr. Lieder, born into the vibrant Jewish community of Stettin (then Germany, later Poland), was the fifth of seven children. At age 11, when he returned home from soccer practice, he was greeted by Nazis who came to cast him and his family out of their home. His parents and siblings were murdered, but he was saved by the Kindertransport, the rescue program that brought children to England.

After the war, Mr. Lieder moved to Baltimore, Maryland, became a traveling salesman for Empire Kosher food products, married Jacquie, a survivor from Belgium, and brought up four proud Zionist children. Eventually, he and Jacquie joined their three children who had moved to Israel. As his daughter Vivian Schecter eulogized her father at his funeral, she thanked the cardiologists at Hadassah for giving her father the last three years of his life. Then she thanked the staff of the Internal Medicine Department for getting him through so many crises in the last year.

Those extra three years Mr. Lieder enjoyed are a reminder that the physicians at Hadassah Hospital have a solid record of performing groundbreaking clinical trials and offering therapies well before they are available in other countries, including the United States. Aside from the percutaneous valve surgery that was performed on Mr. Lieder, there is now the new exploratory method of treating aortic arch aneurysms, a life-threatening condition with limited therapeutic options. Hadassah’s Dr. David Planer, working in collaboration with Israeli engineers and other physicians, pioneered that newly designed NEXUS™ Stent Graft System , which is delivered to the aortic arch through a minimally invasive endovascular procedure. Thin tubes placed in the arm and the groin are used to replace the diseased segment of the aorta and close off the aneurysm. Dr. Planer, together with Prof. Mario Lachat of the Cardiovascular Center at Zurich University Hospital, have served as proctors for the over 50 “compassionate case” implantations of NEXUS™ worldwide.