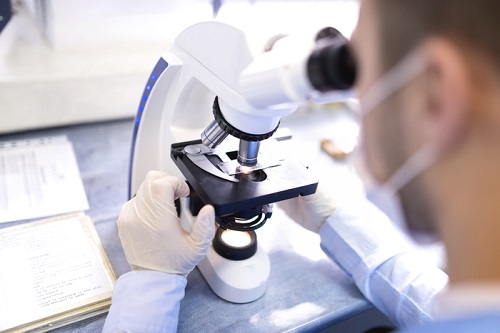 Two articles by Hadassah Medical Center ophthalmologists are among the 100 most cited ophthalmology articles from 1975-2017. One is ranked 11th.

The analysis that revealed this finding was conducted by Singapore researchers and is highlighted in the July 2018 online issue of the British Journal of Ophthalmology. The researchers note that their goal was “to identify and characterize the most influential articles of the past four decades.”

First author of one of the articles, which was ranked 11th and cited 1253 times, was Tamar Alon, a PhD student of Prof. Pe’er at the time. It appeared in Nature Medicine in October 1995, entitled “Vascular Endothelial Growth Factor Acts as a Survival Factor for Newly Formed Retinal Vessels and Has Implications for Retinopathy of Prematurity.”  The second article, appearing in a 1995 issue of Laboratory Investigation, with Prof. Pe’er as lead author, is entitled “Hypoxia-Induced Expression of Vascular Endothelial Growth Factor by Retinal Cells Is A Common Factor in Neovascularizing Ocular Diseases.” The conclusion highlighted in this article is that “VEGF may be one of the long anticipated factors linking retinal ischemia (oxygen deficiency) and intraocular angiogenesis (formation of new blood vessels). “Irrespective of the cause of retinal ischemia, the article explains, “sustained overproduction of VEGF by ischemic retinal cells may promote retinal and iris neovascularizatiion in a number of neovcascular eye diseases.”

In an editorial in this 1995 issue of Laboratory Investigation entitled “Vascular Endothelial Growth Factor,” the author notes that Prof. Pe’er’s work “provides an elegant anatomic verification of the hypothesis that ischemia, regardless of its etiology, is the major factor responsible for VEGF messenger RNA upregulation in the retina” (an increase in VEGF and thus an overabundance of blood vessels).

It was this discovery, the editorial explains, that offered “fresh hope for a new treatment to preserve vision of patients with diabetic retinopathy and other ophthalmologic blood vessel diseases without risk of serious side effects.” Prof. Pe’er relates that “the author of this editorial was Napoleon Ferrara from Genentech, the company that developed the anti-VEGF drugs, such as Avastin and Lucentis, which revolutionized the treatment for many ischemic retinal diseases.” Today, he adds, “they are used daily in all eye departments in the world.”

As the Singapore researchers note in the conclusion to their article, their analysis identifies “the landmark articles that have shaped the landscape of ophthalmology and the trends in ophthalmic research over the past four decades.”