Unraveling Mysteries of the Heart at Hadassah’s Cardiovascular Research Center 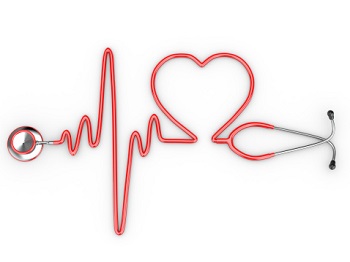 At the Hadassah Medical Center’s Heart Institute, its physician/researchers are unraveling mysteries of the heart that result in clinical challenges–asking, for example: What are the mechanisms through which a person’s heart valve narrows? What are the pathways through which arteries become blocked with cholesterol? Why does the heart remodel itself following a heart attack to the detriment of doing its job?

These are the questions being investigated in the Institute’s Cardiovascular Research Center. Although this is the basic science research arm of the Institute, explains its Director, Dr. Ronen Beeri, “we are not a pure research laboratory; we are finding solutions to problems arising from the patient’s bedside.”

Dr. Beeri explains that valvular disease is a growing epidemic–particularly aortic stenosis, where the aortic valve narrows. This, he says, is partially a result of the fact that more people are being saved following heart attacks today and, therefore, living longer. The idea is to trace what causes this degeneration within the valve in order to find an effective treatment.

At the same time, Hadassah’s physician/researchers are investigating correlations between infections and inflammation and the development of atherosclerosis, as part of a large European-Union funded study. One hypothesis being explored is that gingival (gum) infections, for example, are possibly contributing to the acceleration of atherosclerosis.

In their clinical practice, Hadassah’s doctors are seeing that following a heart attack, a patient’s heart strangely remodels itself in a way that puts the individual into heart failure. Dr. Beeri explains that aside from performing a heart transplant, they don’t really have a treatment to lift the heart out of this state of heart failure.

Working in collaboration with Dr. Robert A. Levine, Senior physician, Cardiac Ultrasound Laboratory, Massachusetts General Hospital, Dr. Beeri is trying to figure out why the heart follows this path, what cellular processes cause the cells to fail, and how to prevent this detrimental remodeling. Experiments are performed on sheep at Massachusetts General Hospital, under the supervision of Dr. Levine, and Dr. Beeri, also a visiting scientist at Harvard Medical School, does the molecular analysis on samples shipped to Hadassah.

Dr. Beeri is also collaborating with Dr. Roger Hajjar, a leader in the field of cardiac gene therapy and Director of the Cardiovascular Research Center at Mt. Sinai (NY) Medical Center, in using gene therapy to replace failing cells with new cells. They are, for example, taking viruses that do not elicit an immune reaction inside the body and employing them as transporters of specific genetic material into the heart cell which will bring up the level of calcium–an event necessary for healthy heart contractions. At the same time, this newly injected genetic material ensures sufficient subsequent removal of the calcium to prevent saturation of the cell, which would be damaging. In the sheep model of heart failure, when the researchers implanted a gene to control calcium signaling, the sheep exhibited better heart functioning and compensation.

With this technique already shown to be successful in animal models, Hadassah’s physicians recently participated in one of the first multinational trials, led by Dr. Hajjar, using this virus on patients.

Based on the chance discovery six years ago that a sheep’s left atrial appendage contained stem cells, which enable the heart to repair itself, Hadassah’s physicians are now isolating stem cells from this appendage in a dish and inducing them to differentiate into specialized cells of the heart which could potentially replace cells that were lost due to heart attacks or disease. These cells have been shown to behave like mature cardiac cells and actually contract within the dish.

Currently, Hadassah’s physicians are also implanting these stem cells into mice, at the site of an infarcted area. Dr. Beeri reports that preliminary results indicate these cells do grow inside the heart muscle and become mature cardiac cells.

“The challenge in cell therapy,” he notes, “is to determine how to bring this therapy into the clinical arena.”

Another research track being explored at Hadassah is working to amplify the heart’s signaling agents that tell its cells to go to the injured site to repair it. With this technique, they would be able to use the patient’s own cells to repair the heart, as opposed to transplanting foreign cells from outside the body. Hadassah’s researchers are now examining different signaling agents in a petri dish to see how they relate to heart cells that are sitting on the other side of the dish.

Looking toward the future, Dr. Beeri hypothesizes, “We may be able, in the not so far future, to induce parts of the heart to regenerate and limit the damage done by heart attacks.”

Dr. Beeri’s group also collaborates on a project, run by Prof. and Retired Israel Air Force Brigadier General Dr. Kobi Bortman from Beersheba, which aims to build a reliable computerized model of the heart. This may enable physicians to use the computer to examine the effects of a treatment or medication on a specific heart, before administering it to a patient. By the same token, he adds, “we may be able, in the not so far future, to take a CT or MRI picture of a person’s valve, model the image with a 3D printer, and then build a personalized new valve to implant in an individual’s heart.” This work is preliminary at this point, he brings out, but it “may be the next frontier in personalized medicine as it relates to cardiology.”

Mr. G., an elderly history teacher, had a myocardial infarction many years ago. It induced remodeling of his ventricle and leakage of his mitral valve, which exacerbates this remodeling. Mr. G exhibited very significant heart failure symptoms. Since he underwent bypass surgery a few years back, there was a prohibitive risk in his undergoing cardiac surgery. Based on the work from Dr. Beeri’s laboratory which demonstrated that in order to retard the remodeling process we need to repair the leaking mitral valve, the Hadassah Heart Institute team performed a repair of the valve in the catheterization laboratory without opening Mr. G’s chest, using a device called MitraClip. “We succeeded in reducing the leakage significantly. We are now a month after the procedure, and Mr. G. is feeling much better, able to walk around his village, and is planning to resume teaching.”