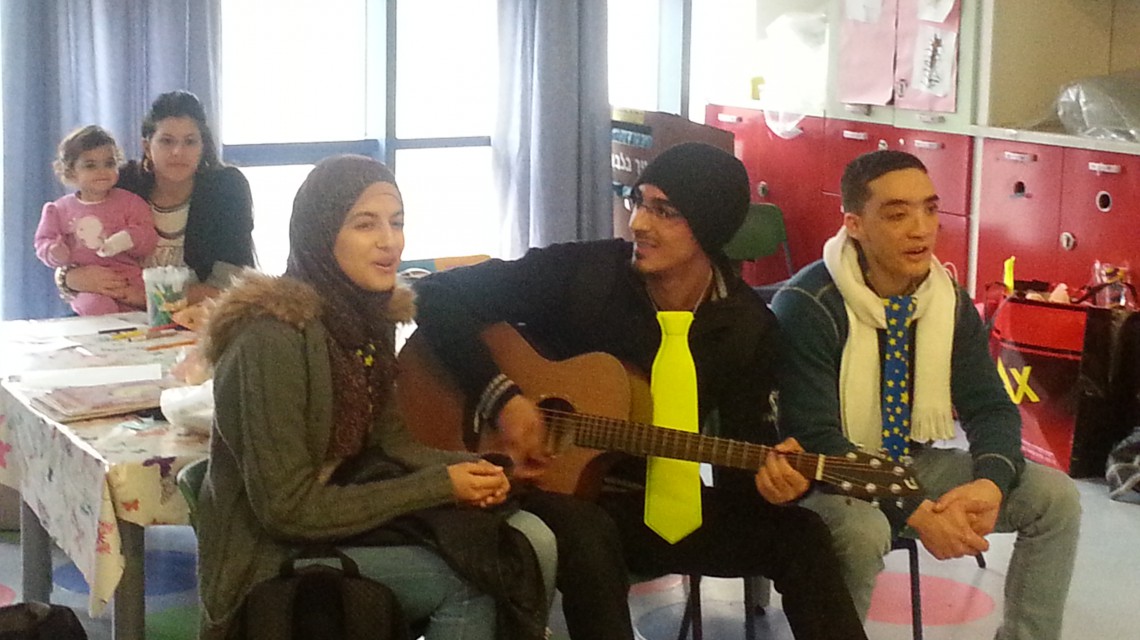 Some 20 members of Watan, the Palestinian/Israeli Arab student organization at the Hebrew University of Jerusalem cheered sick kids in the Bloomberg Mother and Child Center at Hadassah Ein Kerem on January 12. They came with cupcakes and clowns, gifts and guitars. Performing in the special school for small patients on the third floor are brother-and-sister duo Ameena and Ahmed Adileh, of the Silwan Village. “We came to make some sick kids happy and we’re pleased to be here,” said Ahmed Adileh, an accounting student. “Watan”, he said means “Homeland” and that “it’s not political.” The organization was formed six years ago by Arab students to define their identity on the mostly Jewish campus.