How Well Are You Breathing? Hadassah Provides the Answer 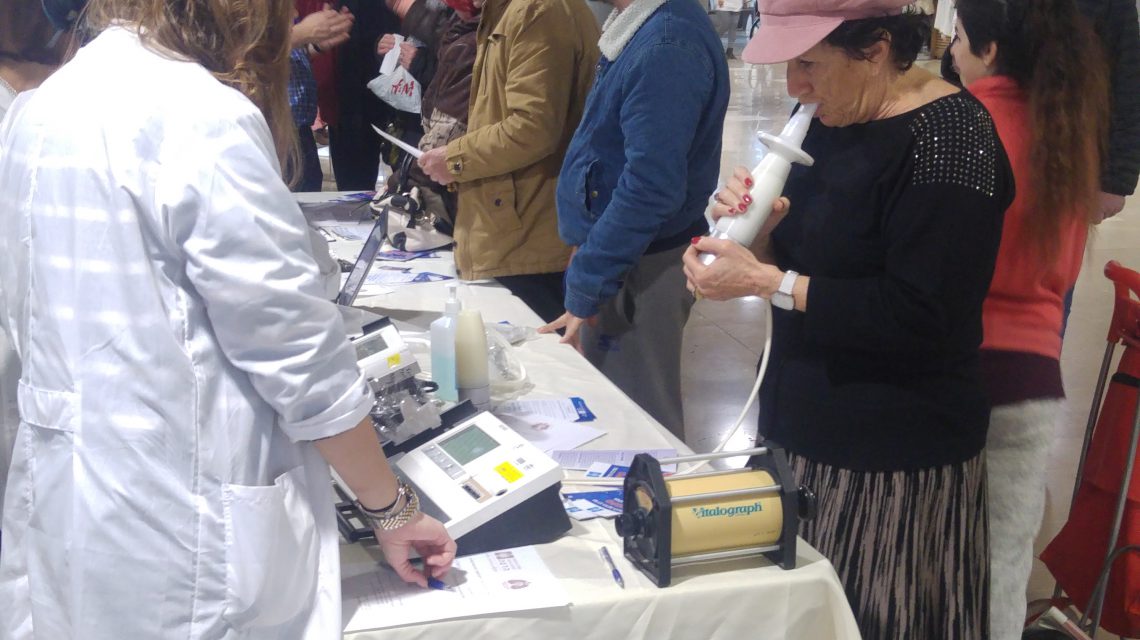 Hundreds of people walking through the atrium of Hadassah Hospital Ein Kerem’s Sarah Wetsman Davidson Hospital Tower took advantage of the free screening to evaluate the quality of their breathing.

The examinations, conducted by Hadassah’s pulmonary team, were aimed at detecting breathing difficulties known collectively as Chronic Obstructive Pulmonary Disease (COPD), where a person’s incoming and outgoing airflow is disrupted. The “test” involved breathing into a tube, attached to a monitor. Feedback was immediate as to just how well a person was breathing.

Dr. Zvi Fridlender of Hadassah’s Center for COPD and Smoking Damage also gave a presentation about the implications of a “bad score.” Dr. Fridlender warned that many doctors miss the diagnosis before damage is irreversible. Nearly five percent of the global population suffers from COPD, with smoking being the primary cause. Members of the audience spoke up about problems they deal with, such as chronic cough, shortness of breath, and difficulty climbing stairs.

Many people were referred to Hadassah’s program for overcoming a smoking addiction. “The decision to quit is critical,” Dr. Fridlender told his audience. “But in our clinic, we can give you medications that will help.”