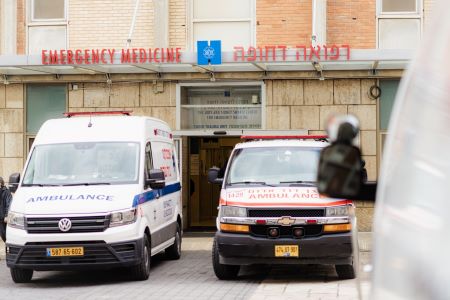 It was the end of a perfect day on a family outing during the Sukkot holiday. The Cohen family was on its way home to Kiryat Malachi after exploring the excavations of the Roman-era caves at Beit Guvrin National Park. Mom, Oriyah, was driving and her two children were in the back seat. Suddenly, they felt an enormous jolt as a car rammed them hard from the side.

Yehonatan, 12, sitting behind his mom, took the brunt of the collision.

Medics fought to keep him alive for two hours and then helicoptered him to Hadassah Hospital Ein Kerem’s Shock Trauma Center. From there he was immediately transferred to the Irma and Paul Milstein Heart Center.

90/60mmHg is considered nearly the lowest blood pressure before death. Yehonatan’s blood pressure was 40. The crash had figuratively broken his heart.

“His aorta, the main artery that brings blood from the heart, was torn,” says Dr. Gabby Elbaz-Greener, a heart catheterization specialist. “There wasn’t a second to lose.”

“We weren’t sure we could save him,” Elbaz-Greener recalls. “We were thrilled that as soon as we fixed the hole with a stent graft, Yehonatan’s blood pressure went up and he came back to life.”

Over the next 10 days, orthopedic and general surgeons worked to fix his crushed pelvis and damaged internal organs.

Sixteen days after surgery, Yehonatan awoke from a medically induced coma. He only spoke his first word six weeks after the accident. When his father, Ronen, said a blessing, Yehonatan answered, “Amen.”

After nine weeks of treatment, Yehonatan is walking and talking, and a rosy future lies ahead.

“Thanks to G-d and the Hadassah angels we can celebrate a joyous Hanukkah,” says Yehonatan’s dad.