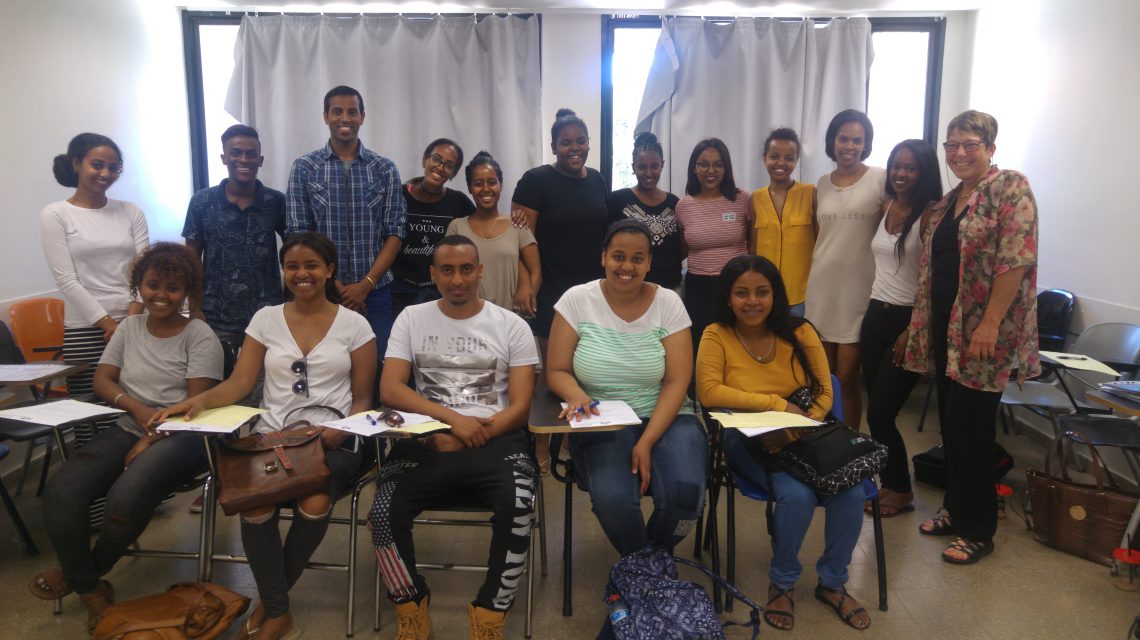 Serving first in the Israel Defense Forces and then employed at various venues such as a pastry shop, factory, pre-school, supermarket or dental clinic, the Ethiopian young men and women who received Lapan scholarships to fulfill a dream of becoming nurses are also fulfilling an important need in Israeli society: eradicating the shortage of nurses.

The Lapan Nursing Scholarship program came to fruition as the result of a bequest by Patricia Lapan, a nurse, businesswoman, and philanthropist from Arizona and California. Nursing scholarships will be available to both nursing students at the beginning of their studies as well as to experienced nurses pursuing advanced degrees and specializations.

This particular Lapan Scholarship initiative involves 18 Ethiopians who comprise the first class of Achotenu, a joint program of Hadassah in America, the Hadassah-Hebrew University Henrietta Szold School of Nursing, and JobKatif, an Israeli nongovernmental organization, dedicated to helping those in need to achieve stable employment.

Meet the students of Achotenu (as they appear in the photograph, beginning with those seated, left to right):

Standing in the second row, left to right:

On the far right is Dr. Miri Rom, Dean of the Henrietta Szold School of Nursing. “You have chosen well and you were well-chosen,” Dr. Rom told the students. “Nursing goes beyond professional concerns. It’s a lifelong commitment to patients where nothing less than a hundred percent is needed every day.”

“This is Zionism as it best,” comments Nancy Falchuk, Past National President and a founder of the National Center for Nurses Councils. “It is helping new immigrants, providing jobs, and strengthening health care in Jerusalem.”