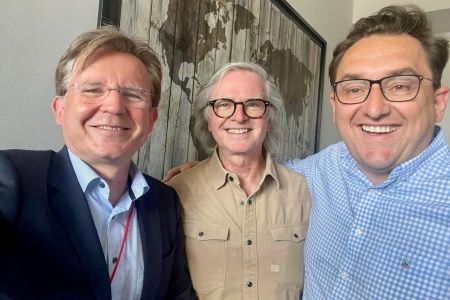 “Volunteering at the Hadassah Medical clinic in the Przemyśl, Poland Refugee Center was one of the most meaningful experiences of my life,” says Dr. Manno (Micky) Saks, a retired obstetrics and gynecology specialist from Zurich. “I was blown away by everything I saw and experienced as a part of this Hadassah Medical Humanitarian Mission on the Ukrainian-Polish border.”

Initially, Saks, who is president of Hadassah Switzerland and a member of the Hadassah International Board of Directors, had not believed that Russia would invade Ukraine. However, when the heart-breaking stories about the plight of the Ukrainian refugees started filtering through to Europe, Saks knew that as a doctor and a Hadassah International leader he had to be there to help.

With the encouragement of his family, Dr. Saks joined the Hadassah Mission on May 9, 2022.

His first impression was the enormity of the crowds of people crammed together with no privacy in this converted shopping mall. At the time, about 800 to 1,000 women and children were coming through the center each day. He was told that this was down considerably from the peak flow of 2,500 refugees daily.

Providing healthcare 24/7, they would work three 8-hour shifts during the week, and two 12-hour shifts over the weekend. Several of the Hadassah Medical Organization doctors and nurses spoke Russian and acted as interpreters for the rest of the team.

About half of the refugees who turned to the medical clinic for help had a disease that required treatment, about 30 percent needed medications, and the rest, among them a few pregnant women, simply wanted reassurance that they were OK. The refugees were very grateful for the medical care at a time when their lives were in turmoil.

Saks recalls the four Ukrainian women who had been on a methadone program for 13 years. When Russian soldiers invaded their hometown, they ransacked their houses and took everything, including all medications. Deprived of the methadone they needed desperately, two of the four women committed suicide, The other two managed to make their way over the border to Poland, and came to the Hadassah clinic for help. Not knowing how to deal with the situation, the Hadassah doctors on duty consulted by phone with their colleagues from the Department of Neurology and Psychiatry back in Jerusalem and came up with a plan to bridge the medical gap until a solution could be found. Eventually, the women were transferred to Frankfurt, Germany for further treatment.

The Hadassah team spent many hours with refugees who had run out of their medications. They would present their pill bottles, and the doctors would have to try to read the prescription – usually written in Cyrillic – determine what the medication was, and find an equivalent available locally. Large numbers of drugs and surgical items donated by pharmaceutical companies would arrive daily, and they had to be carefully sorted. Some donations also came from individuals, including a large box of insulin.

One day a minibus arrived with three women who had advanced cancers of different origins. Back in Ukraine, they had heard about the wonderful Israeli doctors, and they came straight to the Hadassah clinic hoping for a cure. Ultimately, they were transferred to the University Hospital in Lublin for further treatment.

Saks will always remember with a full heart how when the Hadassah medical team arrived each morning wearing their yellow security jackets blazoned with “Hadassah Medical Humanitarian Mission,” the refugees would applaud them and give them a “thumbs up.” He will never forget his experience helping Ukrainian refugees and is very grateful to Hadassah International to have had this opportunity to make a difference. 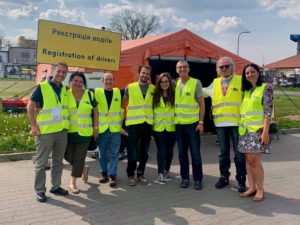 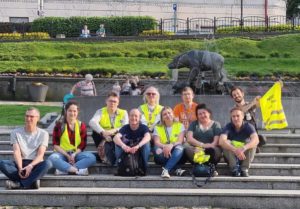 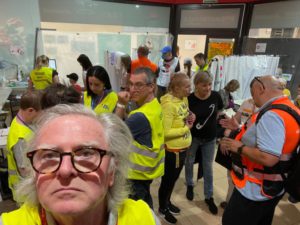 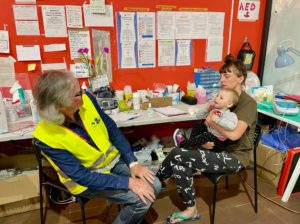 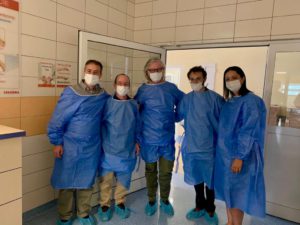 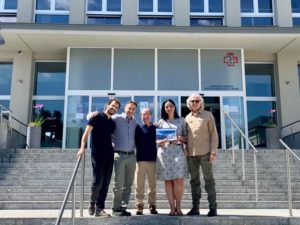