Everyone Loses in Israel’s Cycle of Violence 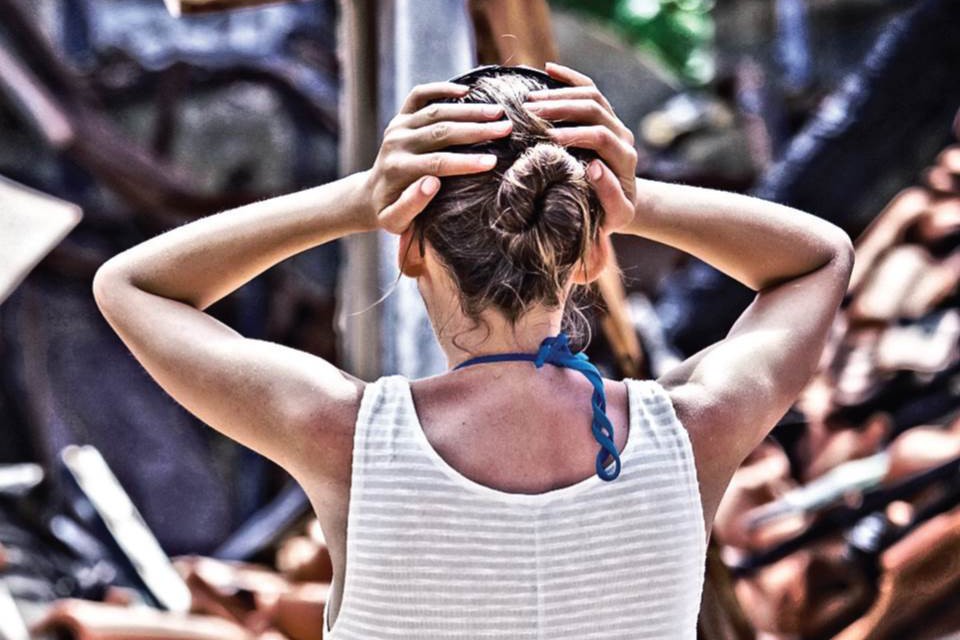 The path back to positive mental health is often slow, difficult and heart-breaking.

But it’s necessary for the well-being of the individual and their family and for society which suffers economically and through a collective crisis of faith.

Dr Esti Galili-Weisstub is the Head of Child and Adolescent Psychiatry at Hadassah Hospital in Jerusalem and one of Israel’s foremost experts on child trauma.  Dr Galili and her team have introduced a level of mental health care into Israel that is unprecedented in its history; its support of Israel’s most vulnerable has been praised internationally.

Dr Galili runs the Jerusalem Crisis Intervention Center (JCIC), a unique facility that owes a debt to the people of Australia who helped to fund the organisation and who remain its largest non-government donor base.

This article about the JCIC was recently published in Destiny Magazine, a publication of the Melbourne Hebrew Congregation.

When we respond emotionally to the violence on Israel’s streets, we reflect outrage through the narrative of the victim.  The ‘other’ is the perpetrator.  Between them we construct a context to understand a problem desperately in need of a solution.

What we don’t do is look at the situation through the eyes of the therapist, the person charged with helping the victim and their family to find meaning in what is an illogical and wanton act that fails the rules of human decency.

The people I’m speaking of are among the most courageous in Israel, itself a society that has never been short of people willing to put themselves in harm’s way for the greater good.

Foremost among them is Dr Esti Galili-Weisstub, the Head of Child and Adolescent Psychiatry at Hadassah Hospital in Jerusalem and one of Israel’s foremost experts on child trauma.  Dr Galili and her team have introduced a level of mental health care into Israel that is unprecedented in its history; its support of Israel’s most vulnerable has been praised internationally.

Dr Galili runs the Jerusalem Crisis Intervention Center (JCIC), a unique facility that owes a debt to the people of Australia who helped to fund the organisation and who remain its largest non-government donor base.

The path back to positive mental health is often slow, difficult and heart-breaking.  But it’s necessary for the wellbeing of the individual and their family and for society which suffers economically and through a collective crisis of faith.

The rawest emotion is saved for the children.  We ask, how can they be the target of anyone’s anger or angst?  What have they done?  Is it because they’re Israelis? Jews? Soft targets? Or are they simply in the wrong place at the wrong time?

Asking a young child, even an adolescent, to process something as horrendous as a knifing, a car ramming or a bombing is unrealistic without professional support.  The timeliness and quality of that support can make a difference, not only to the way that their life is subsequently lived and the relationships that they will form, but the impact it can have well beyond family and friendship circles. More than just a hospital

Knowing how important therapy is in this existential journey, it makes it even more surprising to discover that there is no other organisation like the JCIC in Israel or, indeed, the Middle East.

What isn’t surprising is that it’s a Hadassah-inspired program, given the hospital’s long-standing commitment to community medicine, to gender equality, and to inclusion across religious, political, racial and national boundaries.

Interestingly, the hospital started as a community outreach program in the early part of the 20th century, well before construction of its first bricks-and-mortal facility on Mt Scopus in Jerusalem.  Today, more than 100 years later, its work in the community – throughout Israel and in places as diverse as Nepal, Haiti and Asia – complements Mt Scopus and the newer Ein Kerem campus, both of which showcase the best of Israel in medicine, research, teaching and community inclusion.

One of the unintended consequences of the upsurge in violence against Israelis is how the conversation has turned to the need for therapeutic intervention.  This is counter-intuitive to the stoicism of the pioneering Sabras who are eulogized for having built the country with their bare hands against remarkable odds.

The straight-talking professor says that in Israel, psychiatry isn’t a money-making profession or regarded as an essential medical discipline.

“No one would dare close down an intensive care unit at a hospital, but psychiatry is a different matter,” she says.

“In fact, most hospitals don’t have the trauma service that we offer at Hadassah, so most patients would never get this kind of treatment. However, we see it as part of our personal commitment. We must try and offer guidance, support and education to the community and treat individuals.”

Dr Galili admits that the lack of funding has caused her department’s outpatient services to drop significantly, at a time when demand is at its highest.  It’s a vicious cycle that will end when either the violence ends or when funding increases.  Both represent ideal outcomes but the reality is that the need for funding is the immediate concern.

“More than ever, our youth – this fragile society in Israel – need our skills. We don’t have the benefit of time.”

Young people in Israel are paying a very high price for the ongoing threat and tension that’s happening around them.   If one feels traumatised, their entire psyche is traumatised.  If it stays with you, it will damage your personality over the long term as far as your optimism, your ability to grow, your enthusiasm and curiosity are concerned.

Dr Galili says the cumulative effect is the damage this can do to our ability to reach our full potential.

For Dr Galili and her team, the inability to serve all of the people who need support has become a personal slight as well as an overarching mission.  She says while she wishes she could prevent the current spate of events from happening, the best they can do is to prevent the trauma from becoming a chronic, devastating problem.

“The earlier and more directed professional intervention victims can receive, the more significant the outcome. “

JCIC unique in the Middle East

There are many places in Israel that specialise in very specific therapeutic treatments, however the JCIC is the only service that developed a versatility of professional techniques.  Rather than hope that a client will respond to a particular treatment regime, the JCIC can apply a regime to best suit the individual need of the client and their family.

“We constantly re-evaluate our patients and change their treatment if required,” she says. “Our uniqueness stems from the fact that we have no preconceived ideas about treatment, so we can listen to our patients and give them exactly what they need.”

The JCIC, in keeping with the ethos of Hadassah and its founding principles, refuses to judge people other than on the immediacy of their need.  As Dr Galili says, “We don’t judge the circumstances or apply different standards because of those circumstances; we treat everyone equally with the same high standard of care and the professional tools at our disposal. This makes us special.”

JCIC is also Israel’s leader in psycho-education.  This is the area of community teaching which is aimed at social workers, educators, and family practitioners, where the focus is preventative therapy. The point is to equip them with the ability to provide basic support so cases don’t develop further into pathology.

One example she cites concerns a former school principal who was murdered on a bus in a brutal, random and senseless attack.  Dr Galili twice went to his school, first to talk to the teachers and then to the parents.

“We see it as part of our mission,” she says.  “The community feels they can lean on and be guided by us. The people we touch go home feeling empowered, not deflated, and are able to deal with their kids.  A child that is exposed and fragile will otherwise feel their world is coming to an end, unless they feel their parents can deal with the situation.”

Since the JCIC opened in 2003 it has treated almost 1000 victims of terror.  Its work helping to train therapists overseas in actual crisis situations has become one of Israel’s great success stories, a window into a society that refuses to abandon people in need.

But the services it offers come at a price and there are only so many children and families that can be treated with the current level of funding.  Unfortunately the need has reached record levels.

I regard the JCIC as a litmus test of how well Israel is coping.  It can’t influence the external factors that have led to the current crisis, but it can lessen the fall-out from the crisis, at least for those who are fortunate enough to reach their door.

This is our challenge and it’s one that I invite you to join.

For other recent articles in the Australian press about the JCIC, please  see:

Please visit the Hadassah Australia website to learn more about the JCIC at https://www.hadassahaustralia.org/jerusalem-crisis-intervention-center/