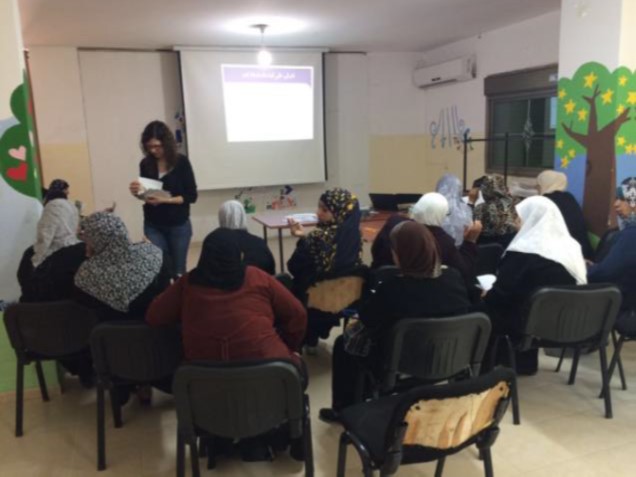 The increased incidence of diabetes in the Arab community, as well as the 60 percent higher rate of cardiovascular mortality among Arab women led the Hadassah Medical Organization’s Linda Joy Pollin Cardiovascular Wellness Center for Women to develop a community-based program to cultivate leadership that embraces and advocates for healthy living which will reduce diabetes in this population.

The program, being held in the East Jerusalem neighborhood of Zur Baher, is based on the American Diabetes Prevention Program, but was extensively modified to take into account the local culture and expanded to include leadership development, empowerment, and community activism. Each three-hour session contains: a presentation from either a physician, nutritionist, mental health professional or specialist in physical activity; a half-hour physical activity session; and a social worker-led session targeted at empowerment, leadership development, and community action.

The Pollin Center reports that 38 women participated, attendance was extremely high for each session, and no one dropped out. As part of the program, the women organized an educational day in the neighborhood. This proved to be an empowering process for the women, as they designed the program, invited the speakers, including a local physician and nutritionist, and self-catered the event with healthy food choices. The women have now further organized into three working groups, one focused on lectures to be offered in the schools for local mothers, another which will organize lectures to be given in homes, and a third to focus on physical activity. This will help each woman maintain her own progress, and will enable her to transmit her knowledge to others. The Pollin Center staff will continue to guide these women as they seek to promote health in their families and their neighborhood.

Data collected at the completion of the 20-week program revealed an average decrease in weight of 1.4kg, an increase in average daily steps from 4,570 to 6,474, and an average systolic blood pressure decrease from 131 to 118. Data will be collected again in six months.

The Pollin Center has now started a second program in the Abne Al Quds Community Center in the Muslim Quarter of the Old City of Jerusalem. At the same time, the Pollin Center has translated and adapted its health literacy program for the Arabic community and begun piloting it in Arab community centers and schools. The program consists of a session on heart disease in women, a second one on “know your numbers” that teaches the women how to interpret blood pressure numbers and other laboratory results, and a third session on techniques for maximizing their time during a doctor’s visit.

Because Pollin Center staff found that a significant percentage of the women in one neighborhood were illiterate, they are now reassessing the content of the second session on “know your numbers,” since this instruction would not be feasible there. One possibility being considered is the design of two tracks for women of different educational levels.

Adapting each project to the particular community and demonstrating flexibility in revising programs as experience dictates has optimized the success of the Pollin Center’s outreach.