Hadassah Foundation Responds to Surge in Domestic Violence Against Women 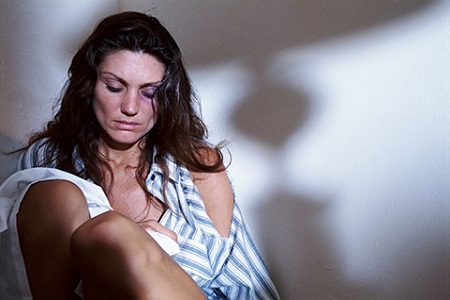 With a dramatic increase in calls to Israel’s domestic abuse hotlines since the COVID-19 pandemic took hold, the Hadassah Foundation quickly launched a COVID-19 Response Fund to help the leading women’s organizations battle this alarming phenomenon. While the Foundation, “an investor in social change to empower girls and women in the United States and in Israel,” has targeted its grants for this year toward gender equality in positions of power, board members realized they had to respond to this need as well.

In a June 24 webinar hosted by the Hadassah Foundation, the directors of the first three organizations to receive COVID-19 grants—Orit Sulitzeanu of the Association of Rape Crisis Centers in Israel (ARCCI), Rafah Anabtawi of Kayan, and Michal Gera Margaliot of the Israel Women’s Network (IWN)—articulated the severity of the domestic abuse problem in Israel, explained what they are doing to mitigate it, and why they remain hopeful and optimistic.

Ms. Sulitzeanu noted that when COVID-19 first hit Israel, the hotlines were silent as people tried to sort out how they were going to handle this new reality. Then the calls began to escalate each week. Lockdown, she explained, meant that social workers were no longer available to help because they were deemed to be nonessential workers; psychological services were halted; hearings had to be canceled because judges were working under very reduced hours; and boarding schools, where children from abusive homes had been sent to protect them, were now returning these kids to their abusive environments.

Ms. Anabtawi pointed out that Kayan, which bolsters grassroots initiatives to empower Arab women to assume leadership roles in their communities, has witnessed a more than 40 percent increase in both emotional and physical violence against Arab women. One of the problems, she says, is that the Israeli Knesset and the government in general have not made domestic abuse a priority. “The danger of a woman being killed is a real threat,” she says, “if she doesn’t take the necessary steps to ensure her own safety.”

It is not that the government totally ignores the problem. There are laws and initiatives that address the issue. Ms. Margaliot noted that in 2017, for example, a government mandate outlined a nationwide plan to devote millions of shekels toward fighting domestic violence. But only a portion of the money has been distributed.

In 2018, she noted, 30,000 Israelis protested for gender equality. The inability of Israel to form a government for such a long time, Ms. Margaliot added, took the momentum away from their cause. Now with the lockdown creating such enormous uncertainty, coupled with Israel’s economic crisis, the expectation is that abuse will continue to escalate. IWN, she said, has asked the government to host a roundtable to address the alarming rise in abuse, to identify where help is most crucial, and to come up with countermeasures.

Ms. Margaliot cited the case of a Haredi woman, who was abused by both her father and her husband. During this COVID-19 pandemic, there has been a “total collapse of women’s wellness,” Ms. Margaliot said.  And this woman mentally collapsed. “We need advocacy to get the government to financially support psychological services for abused women,” she emphasized.

More than that, Ms. Margaliot related that “we need a basket of solutions. We need money for hotlines, shelters, and housing for abused women. We also need to treat violent men as well as boys who are exposed to domestic violence.”  Noting that violence is a “vicious circle,” she explained that boys who witness abuse in their homes are more likely to become abusers later in life, while girls who witness this violence are more likely to become victims.

What COVID-19 has taught Ms. Anabtawi is how important it is to have empowered female leadership in local communities, who can raise awareness about abuse, both in the home and the workplace, report that abuse, and speak up for abused and marginalized women.

Ms. Sulitzeanu reported that on the very day of the webinar she and her colleagues at the rape crisis centers across Israel provided recommendations to the President of Israel’s Supreme Court in response to a report before the court on how to improve the legal system for victims of abuse. “I suggested that ‘restorative justice,’ which recognizes what happened to the victim, be integral to the process,” she said. In addition, she suggested to the president that all judges be educated as to what constitutes abuse.

Ms. Anabtawi emphasized that her communities most urgently need increased capacity for hotlines, as well as the resources to address the problems that the hotlines reveal. She noted that the local leaders they empower are effective resources for identifying those women who need help and what specific kind of support they require.

An “Aha moment” came to Ms. Margaliot when she learned that the Israeli Government’s National Security Council gathered a group of people to come up with an exit strategy as the lockdown is being eased. Many were physicians and economists, she said. There were no women among that group and no educational experts, despite the central need to educate everyone. Clearly, she brought out, women need to have a seat at these tables.

Yet, all three presenters remain hopeful about the future. “As we help even one woman, it gives me hope and optimism to face the challenges ahead,” said Ms. Anabtawi. Expressing a similar sentiment, Ms. Sulitzeanu shared a message from one woman her organization helped recently. “You put a light in my life,” the woman wrote.

“Things can be different,” noted Ms. Margaliot.  “We can make them different. We just need political imagination, a clear vision, and persistence.”

The Hadassah Foundation will shortly be awarding Phase 2 grants from its COVID-19 Response Fund in collaboration with other American Jewish women’s organizations.

A video recording of The Hadassah Foundation’s webinar on Domestic Violence in Israel During COVID-19 can be accessed at: https://vimeo.com/432609044.