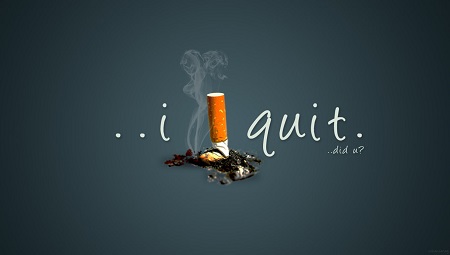 Researchers from Hadassah, the Hebrew University, the Israel Defense Forces Medical Corps, and the Israel Cancer Association have shown for the first time that a text-based cessation program can help soldiers stop smoking.

Cigarette smoking is a major cause of preventable morbidity and mortality. Many young people start smoking during their military service, and, among soldiers, smoking rates are higher than in the general population. Smoking has a negative impact on the health and fitness of soldiers, but initiating programs to help soldiers give up their cigarettes is a challenge, mainly because of the difficulty in making the programs accessible.

Previous studies have shown that a smoking cessation program based on sending text messages to a mobile phone is effective, but no one had tried such a program within the IDF. So researchers, including Dr. Hagai Levine of the Hadassah School of Public Health, adapted the program specifically for the IDF. They recruited 81 soldiers, of whom 76.5% were men. Each participant completed the baseline survey, determined the day of cessation of smoking, and received a text message program, synchronized with the scheduled day of cessation, to assist in quitting smoking for a period of six months. The program was interactive and enabled participants to send messages to the system at any time, according to predetermined keywords (desire, bored, poor mood, etc.), and immediately receive an appropriate response from the message database.

Based on the follow-up survey and software usage data, the researchers assessed the feasibility of the participants’ recruitment methods, their involvement, their satisfaction, and the technical effectiveness of the program.

The results of the study were encouraging in terms of the potential for quitting smoking: one month after last day of the program, 20.6% of the participants reported that they had not smoked a cigarette in the last week. Most of the soldiers (96.8%) found the program easy to use and 84.1% recommended it to their friends.

Self-belief in the ability to quit smoking at the start of the program predicted remaining in the program: 50% of those who believed in themselves remained in the program, compared with only 4.8% of those who did not believe in themselves. The study proves, for the first time, that a smoking cessation program based on messages to a mobile phone is applicable to military service conditions.

Dr. Levine, an advisor to the Israel Cancer Association and former head of the Epidemiology Division in the army’s health system, reported that “the results indicate the enormous potential of using digital tools to promote health. We combined the lessons of other programs, tailoring the program to soldiers of the IDF, in cooperation with the IDF’s health system.

“A key challenge for us,” Dr. Levine continued, “is to combine innovative measures to promote health with traditional health services, effectively and scientifically proven, and to make services accessible and convenient for the patient. The tobacco companies use technological means to sell cigarettes to additional generations of young people, and it is our duty to initiate and integrate technological measures to prevent and eliminate smoking, in cooperation with the Ministry of Health’s initiative to stop smoking.”

The head of the army’s health branch, Lt. Col. Dr. Eva Abramovich, said, “The cessation of smoking by IDF soldiers, together with the reduction of exposure to environmental smoke, is one of the main goals of the IDF’s health sector. Even in remote units, our young and technologically advanced population can use this system, as we continue to advance the vision of a smoke-free IDF. We are happy to promote cooperation with outside experts who share our goals.”

A more detailed article about the study can be read in the BMC Public Health journal.