Holding onto her 14-year-old daughter, Ksenya, with one hand, and leaning on her cane with the other, Elena walked painfully into the Hadassah Medical Organization (HMO) clinic on the Polish-Ukrainian border in Przemyśl, Poland. She was welcomed by HMO’s Dr. Alex Gileles-Hillel, a pediatric pulmonologist and member of the Hadassah Humanitarian Mission that was there to help the Ukrainian refugees.

Dr. Gileles-Hillel asked how he could help. Elena shyly requested a pain killer, as she was in agony after traveling several days from Ukraine by train.

At the doctor’s urging, Elena slowly allowed her story to tumble from her lips.

Elena was a poor single mother living in Central Ukraine. Fifty years old, she had been diagnosed with breast cancer several years before. Because she was unable to afford the medical treatment she needed, the cancer had metastasized throughout her body. A few weeks before the war, she had been told that she had only a few weeks to live.

And then the Russian bombing started and her home and everything she had was decimated.

With no family to turn to, Elena knew that she had to flee to ensure her daughter’s safety before cancer claimed her life. With fear of human trafficking of young girls, she had to find a new home and a new family for her daughter in the midst of a brutal war. How this could be achieved, she had no idea, but she had to try.

Together, she and her daughter took that long train ride to the Polish border, and then a bus to the refugee center in Przemyśl. There they found Hadassah.

When Dr. Gileles-Hillel heard Elena’s story, he knew that simply prescribing a pain killer for her was not enough. He had to do something to help this incredibly brave woman find a home for her daughter.

He immediately called Jorge Diener, executive director of Hadassah International, and asked him if he could help. Mr. Diener had spent two weeks in Poland working with the Polish Red Cross and other Polish nongovernmental organizations, forming coalitions, establishing ways in which Hadassah could assist the massive effort in Poland to help the Ukrainian refugees, as well as finding new donors in Poland. One person he turned to was a new Polish supporter, Agata Mynarska. When she heard about the immediate need to find a home for Elena and her daughter, she called the former first lady of Poland, Jola Kwasniewska, who now runs a Foundation to help relocate refugees from Ukraine. She decided she would personally take care of Elena and Ksenya’s case.

Mrs. Kwasniewska found a couple in Poland who were willing to welcome Elena and Ksenya into their home. They will take care of both of them, hoping that Elena will still get a chance to heal, but also being ready to give Ksenya a new family, a new home, and a new life.

With Elena’s pain under control, the Hadassah team arranged for mother and daughter to travel 600 miles to their new home, far from the Ukrainian war. Hadassah team members Dr. Meir Cherniak, nurse Dana Ben-Bassat, also NATAN Worldwide Disaster Relie nurse Liana Sholomovitch were by their side as they departed for their brighter future.

As they were saying their good-byes, Elena, with tears in her eyes, said that, in the last two days, she had met more good-hearted people than in her entire life.

“Hadassah is much more than a hospital in Israel,” Mr. Diener noted. “It is people with a heart around the world, who are willing to go beyond the call of duty to help people in need.”

Captions of the 2 pictures from below: 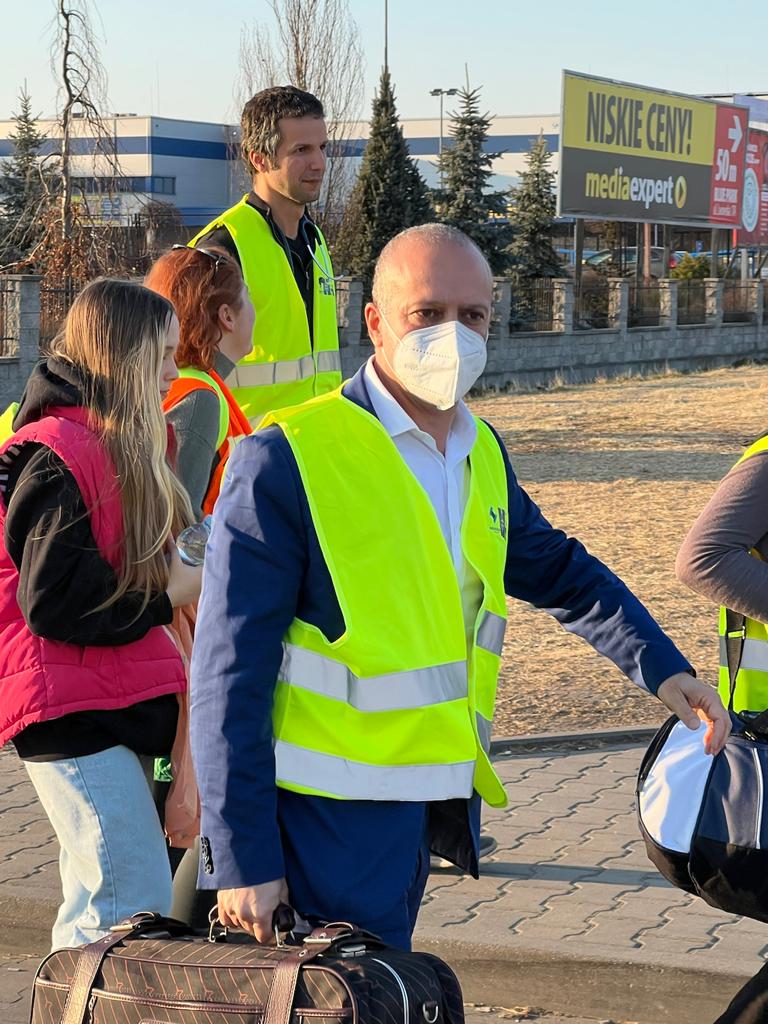 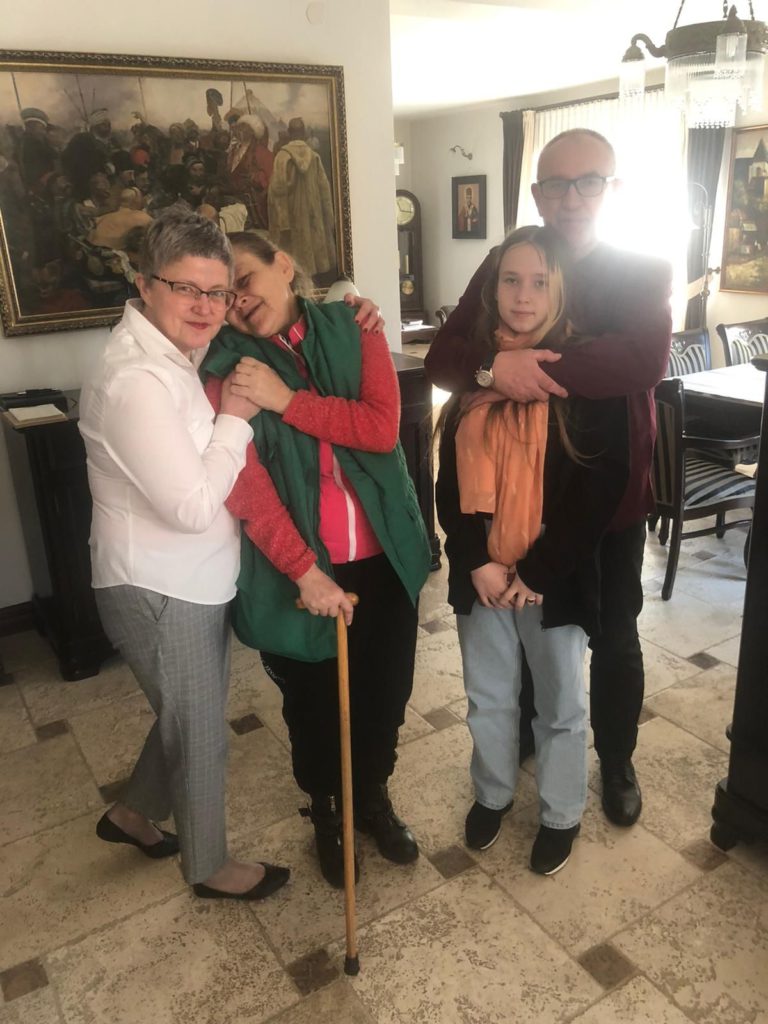 Elena and Ksenya in their new home

Watch Elena’s and Ksenya’s story on i24 News: