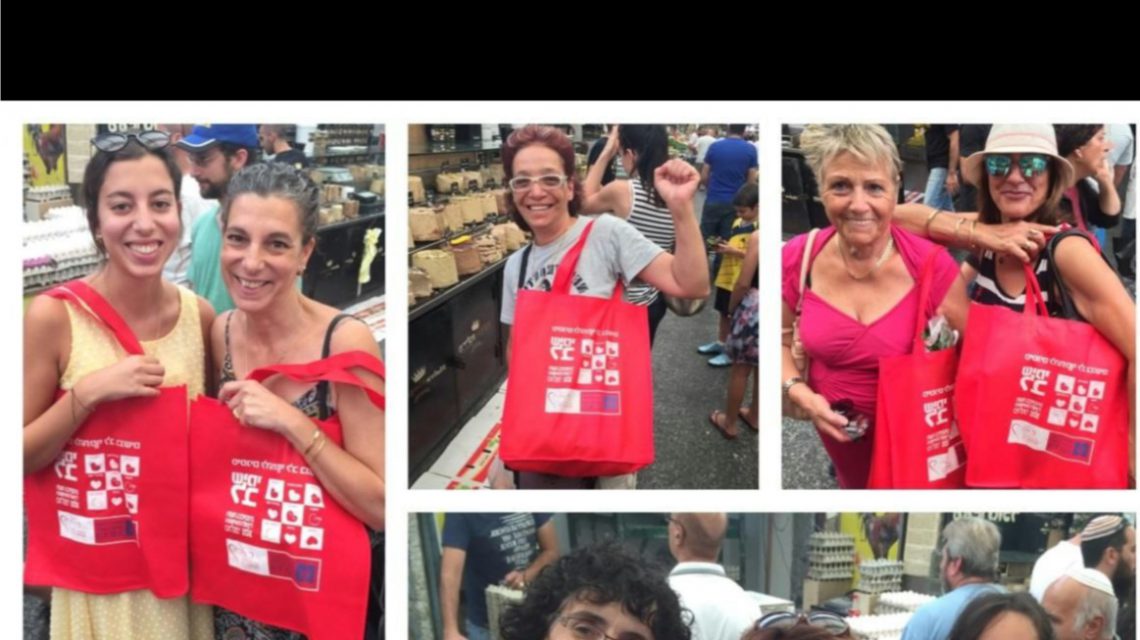 Becoming a premier address to raise awareness about issues in women’s heart health, The Hadassah Medical Center’s Linda Joy Pollin Cardiovascular Wellness Center for Women is expanding its influence–in the Knesset, in East and West Jerusalem schools, and among local Jewish and Arab women throughout the city.

“Our multidisciplinary clinic is guiding our patients to meaningful lifestyle change,” reports Dr. Donna Zfat-Zwas, Center Director. “And our patients are expressing a very high level of satisfaction.”

In addition, the Center is reaching out to a diversity of communities to empower women to choose a healthier life that will preserve a healthy heart. Among its innovation outreach programs is the Diabetes Prevention and Community Leadership program in the Arab community of East Jerusalem. To the best of their knowledge, the Pollin Center directors report, “this is the first program of its kind in the entire Middle East.”

Through this 18-session program, the women learn from a cardiologist, nutritionist, physical fitness specialist, and a psychologist how to achieve a healthy lifestyle. They learn about the importance of blood tests that reveal sugar and lipid levels in the blood, which are risk factors in diabetes. They explore the emotional aspects that are intertwined with poor eating. Then, the women, in small groups, work together to design a health promotion project for their community, aimed at preventing diabetes and heart disease.

The Pollin Center’s vision is to launch a professional study to examine the long-term impact of integrating a comprehensive segment on “managing emotions” into the program. Participants would examine and deal with the emotional factors that affect their ability to maintain a healthy lifestyle and avoid overeating. The study would then evaluate whether these participants were still able to manage their emotional eating six months after the program ends.

Another first is the “Community Health Partnership Project,” being run jointly by the Jerusalem Municipality, the Ministry of Education, the Maccabi Health Plan, the Community Center of SurBaher, and Hadassah’s Pollin Center.  Pollin staff are responsible for the health portion of the leadership training program for high school students at the SurBaher Girls’ Secondary School. Thirty students are participating in this 60-hour training program, of which 22 hours are devoted to the importance of healthy eating and exercise, as well as the dangers of passive smoking and smoking nargila (hookah).

The students will also have the opportunity to tour the Hadassah Hospitals and to volunteer in its Charlotte R. Bloomberg Mother and Child Center.

Another innovative program that Pollin piloted in West Jerusalem is a Health Literacy workshop that Pollin staff refer to as “The Pollin Empowerment Program.”  The program is an outgrowth of a community focus group, which revealed that women find they need help with how to best interact with their family physicians; how to use the short time they have with these medical professionals wisely, rather than for it to be an exercise in frustration where they leave feeling they got nothing out of the visit.

The Health Literacy program is comprised of three participatory seminars. The first focuses on women’s cardiac health–what gender-specific risk factors women need to know about. The second seminar focuses on how to prepare for a doctor’s visit. In this session, the discussion covers what questions a woman ought to ask the doctor, what data matter–like body mass index (BMI) and the results of various blood tests as they relate to risk factors for diabetes and heart disease. It also delves into patients’ rights.

As it typically does, the Pollin Center partnered with a local women’s group, sponsored by the municipality. To date, about 200 women have gone through the Health Literacy program, designed and coordinated by a Master’s in Public Health professional from the Pollin Center.  Nurses and/or nutritionists conducted the sessions.

A significant percent of the women who participated in the first Health Literacy programs reported that they now prepare for doctor’s visits, whereas before they did not. Pollin analysts also found that fewer women postponed doctors’ visits following the program, whereas this was a frequent scenario before. The Pollin Center is now gearing up to begin an Arabic version of this empowerment program.

The Pollin Center’s long-range goal is to train facilitators in various municipalities who can then recreate the program in other cities. Pollin Center staff will then collect the data and analyze it to provide a more comprehensive picture of what proves effective in changing a women’s lifestyle for the better.

Another Pollin outreach model involves empowering women in low socioeconomic communities to improve the health of their neighbors. In the large community of Pisgat Zeev, for example, partnering with the local Jewish Community Center, Pollin formed a steering committee to train volunteers to lead health programs in the neighborhood. “The women began by setting up objectives so that they would achieve ownership of the program,” explains Keren Greenberg, Community Project Manager.

Among the components of the program are partnering with the neighborhood supermarkets to motivate them to carry healthy food (and giving them publicity for doing so!); group dancing; nutrition counseling; and walking groups for both working and nonworking women, so that the timing works for them. “The challenge,” says Ms. Greenberg, “is to get to the entire community.”

Another outreach effort in the works targets the close-knit, small community of Pat, comprised largely of Ethiopian, Russian, and Moroccan immigrants. The goal is to have the local Jewish Community Center become a healthy center. The outreach began with an awareness event.  About 60 to 70 women came, ranging in age from 25 to 85. “It was great to see the generations coming together,” comments Iva Littman, the Pollin Center’s Project Manager for this outreach.

The Pollin Center has trained about 800 teachers of the Haredi community throughout the Jerusalem area in nutrition, physical activity, stress reduction, and how to incorporate health information into the standard school curriculum. This outreach has proven so impactful that the Center staff were invited to present their success story to a group of Haredi principals who participate in a municipality-run program called: “Schools in the Community.” The purpose of the meeting was to encourage fruitful cooperation between organizations and schools, as these schools are often closed and wary of external organizations. “That being said,” explains Dr. Osnat Keidar, Pollin’s Director of Health Promotion, “the success of our project in Haredi schools has been so unique that we have been asked to share our methods for success. Our presentation was received with great interest.”

To help people living with disabilities to live a healthier lifestyle, the Pollin Center partnered with the Center for Independent Living. With the program in its second year, Pollin Center staff are now training the participants to lead physical activity and nutrition sessions on their own. To help build the leaders’ confidence, a Pollin Center physiotherapist is present.

The Pollin Center staff also have had their sights on promoting a heart healthier lifestyle among Hadassah Hospital employees. At Hadassah Hospital-Ein Kerem, they have offered nutrition workshops, stress-management sessions, and walking programs, achieving significant results in weight loss, anxiety reduction, and healthier eating. They recently began a program at Hadassah Hospital-Mount Scopus among the women working in the maternity ward.  Starting with focus groups to elicit information about the women’s needs, work schedules, nutritional challenges, and difficulties in fitting exercise into their lives, Pollin staff learned that the women need programs that are conducted at their workplace. Consequently, Pollin is now organizing such a program, in cooperation with different departments in the hospital, such as the obstetrics, nutrition, and physical therapy departments.”

“Data collection and analysis is in progress for each and every one of our community health promotion projects,” reports Dr. Zfat-Zwas. One of Pollin’s statistical analysts presented her findings about the effects the Pollin school intervention programs had on the teachers and students at a young investigator’s session during a recent European Public Health Conference in Milan.

Publicity in the Media

Publicity-wise, the Pollin Center is spreading its message more and more, both through traditional media and social media. “Our telephone was ringing off the hook after the recent program on the ‘Health in the Morning’ TV show, where I discussed the difference between a heart attack and an anxiety attack,” relates Dr. Zfat-Zwas.

Clips from media appearances can be viewed at:
● Channel 33 Arabic News
https://www.youtube.com/watch?v=3ka1eFNQbU&
feature=youtu.be
● Channel 1: lack of awareness of symptoms of heart disease in women

● Channel 2. Appearance on the Healthy Morning Show with Paula and Leon

As stated in the Pollin Center’s Declaration on Women’s Heart Health, signed by members of the Israeli Knesset and other influential leaders and policy makers at the Center’s dedication on December 9, 2015:
“We who have signed this declaration call on women and men to marshall their efforts and to support the struggle against the number one killer of women in the world.”

The Pollin Center is leading that challenge.