After Earthquakes, Hadassah’s Psychic Trauma Expert is Interviewed by Enlace Judio in Mexico 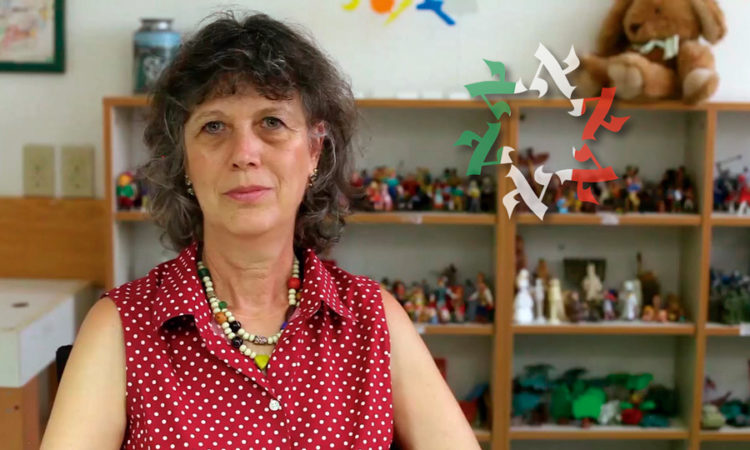 The Jewish Link ( Enlace Judio) reporter Nadia Cattan interviewed Hadassah’s Prof. Esti Galili-Weisstub during her humanitarian Mission to Mexico after the earthquakes.  Prof. Galili speaks in English during the interview. You can read the  text below the video.

Dr. Esti Galili studied medicine at the Hebrew University of Jerusalem and did her specialty in child and adolescent psychiatry at the Talbiyah Center for Mental Health in Israel. Her preparation in the area of ​​psychiatry is staggering; one could mention that she is currently teaching postgraduate studies at various universities in Tel Aviv and Jerusalem, as well as being the Director of the Division of Pediatric Psychology at Hadassah Hospital, where she engaged in arduous work in the Gaza Strip in 2014 and after the tsunami of Sri Lanka in 2017.

Her areas of expertise include emotional trauma in children and adolescents, development of public programs on mental health in minors, as well as the detection and treatment of psychiatric disorders, depression and eating disorders. In an interview, Dr. Esti shares her experience with victims, both Israeli and Palestinian, who suffer post-traumatic stress.

“Anyone who has experienced the earthquake will have some emotional reaction to it. And it is normal to have some kind of anxiety connected to it. It is normal to have difficulty sleeping. Sometimes the appetite will be low. Sometimes our mood will be somewhat depressed. This is especially true in the event that you have lost someone in the earthquake, or your home, or if you were injured.

But what we would have to expect is the normal process of healing, which over time you will see as a slow decrease in the strength of symptoms. If at first you could not sleep at night, maybe now it takes half an hour, but you can sleep and you will realize that some nights you slept better than others. So, if there is a gradual improvement, it means basically that you are recovering from the emotional trauma. And I would expect that most people will recover. I can see that even when you ask me the question and mention the earthquake, you can talk about it. People who are overwhelmed with emotions cannot even say the word.

I think there are negative and psychological side effects for a society, if the government does not improve services as a reaction to the needs after the earthquake, then they will lose their confidence in the system, and that is a negative result. Because some people need services. Whether it’s social services, or to rebuild your home, whether it’s psychological help or school. If they are supported, then they will realize that the government and society care about them.

If they do not see them, they feel ignored, there is a loss of interest and belief in the collective culture. ”

Question: In Israel, almost all people are, or have been soldiers at some point in their lives.  Does this increase stress in Israeli society?

“It’s not the question of being a soldier. Of course there are effects for people in the military, however some are not necessarily on the front lines, so I will not talk about that. But Israeli society is a society that in its entirety lives all the time under the shadow of the war against terrorism, and that affects us. It does not surprise us when there is another war, we are not surprised by the effects of terrorism, in fact we expect them to happen at any moment. ”

Question: What are the most appropriate treatments to treat post-traumatic stress in Israel?

“There are many techniques to treat post-traumatic stress. We think that the first responsible step is to recognize who is at risk of developing the post-traumatic effect; who is the weak link; who has psychopathological antecedents; who was exposed to horrible places; who lost someone; who does not have a backup system.

It is important that in the clinic there are different types of therapy that people know how to use and that they implement the appropriate therapy in the right child and in the right family. And if it is working, to continue.  And if is not working to change over to a better model of therapy. ”

How do you describe the psychological treatment of victims in Israel? Do you think this is a role model for the rest of the world?

“That’s a little presumptuous, I do not know if it’s the rest of the world, but I think we’ve always had experience with it. I think we’ve taken serious steps since the late 70’s, and especially in the year 2000 we develop many clinics that had experience and found the expertise to treat post trauma. I think we have a lot of knowledge but I’m not sure of the other. I am sure there are many excellent and experienced doctors in Mexico. There are many excellent doctors in different parts of the world. I think what is important is that we exchange our experience and benefit from it. ”

Question: What are the differences in post-traumatic stress caused by natural disasters and that caused by terrorist attacks?

“The human psyche deals better with natural disasters not produced by man, and the development of post-traumatic stress disorder is significantly lower than compared to human-made traumas.

Basically, the psyche is most negatively affected by terrorism for many reasons. ”

Question: Based on your work with the Palestinians, what are the psychological effects of living under a government like Hamas?

“They do not talk about it. You have to realize what the reality is in Gaza and the West Bank. They do not necessarily feel free to be able to criticize their government. The fact that they have already taken steps for themselves, the fact of cooperating with Israel, is already a risk. I think the reality of the children in Gaza is very difficult. I think blaming this or that is not the point. The point is to try to support the people who provide mental health to the children in Gaza. ”

Question: From your point of view, what are the main differences between the Israeli victims and the Palestinian victims?

“I think the Israeli reality is obviously better than the Palestinian. And I think there are two things: government support for the Palestinians is to this point much weaker than the Israeli. The availability of services is more limited, and poverty is very prevalent in the West Bank and Gaza. So, it seems that they are not having a good time.

It seems that in situations that have occurred, and that happen all over the world, it is very easy to persuade people to lose hope and to become aggressive against others. As individuals, I do not think we are different, we are all the same. So, if you look at a case, it can be almost the same. But I think life circumstances in the West Bank and Gaza are worse than in Israel. ”

Question: On the use of ketamine as a treatment for post-traumatic stress …

“I am very excited about that achievement. There have not been many experiences with young people, because they are always more aware, but I think opening up new treatment opportunities, not just the usual ones, is a great idea. So, we are hopeful. Any further improvement in therapy is welcome. ”